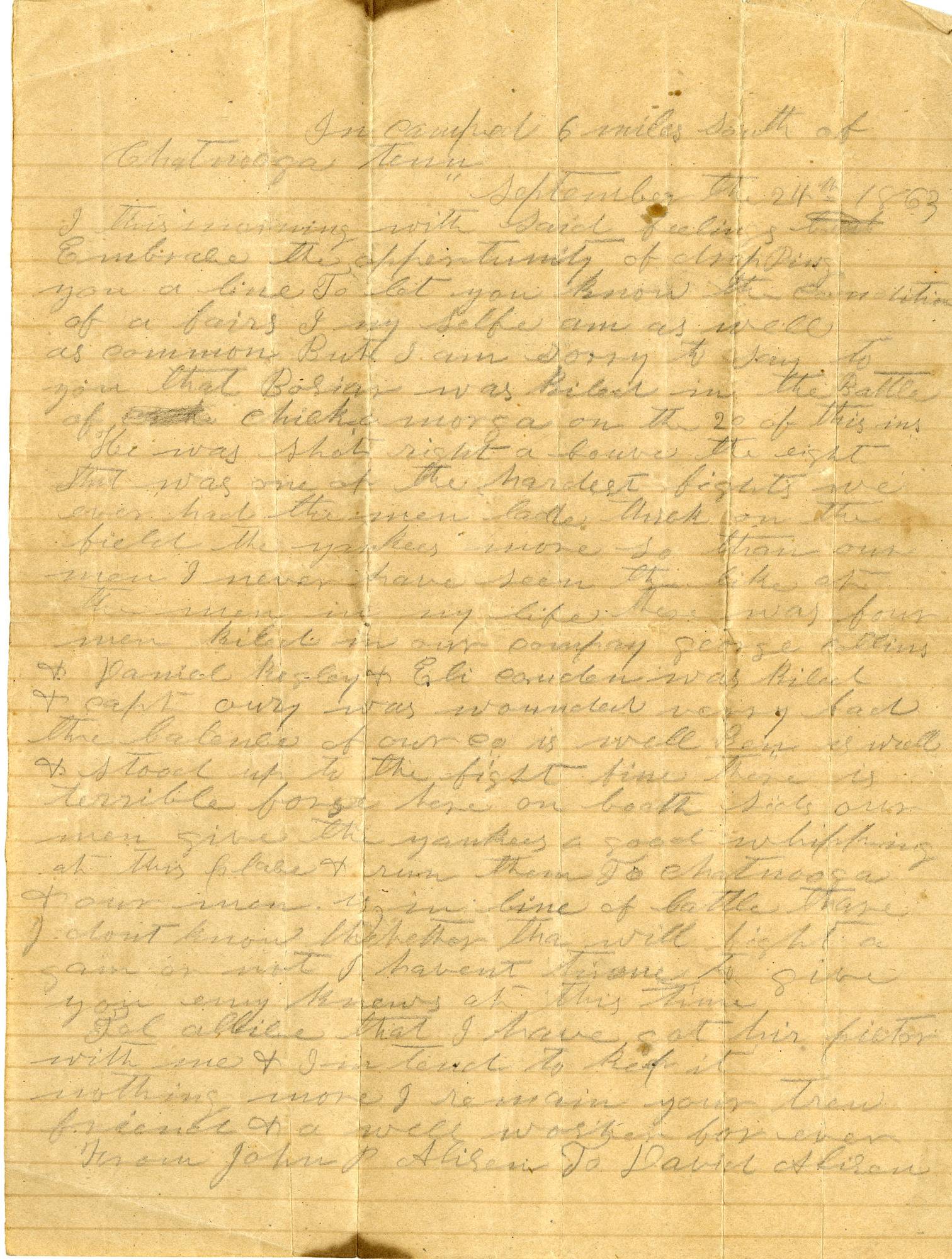 In camped 6 miles south of

I this morning with said feelings bout

Embrace The oppertunity of dropping

you a line To let you know the condition

of a fairs I my selfe am as well

as common But I am sorry to say to

of Chicke Chickamorga [Chickamauga] on the 20 of this ins

He was shot right a bouve the eight [eye?]

that was one of the hardest fights we

ever had the men lade thick on the

field the yankees more so than our

the men in my life there was four

the balance of our co is well Be is well

& stood up to the fight fine there is

men give the yankees a good whipping

at this plase & run them To chatnooga

& our men is in line of battle thare

I dont know Whether tha will fight a

gain or not I havent time to give

You eny knews at this time

Tel allice that I have got his pictor

nothing more I remain your trew

friend & a well wosher for ever

Letter from John P. Allison to his father, David Allison, informing him that their brother and son, William Henry "Bozier" Allison, had been killed in the Battle of Chickamauga on September 20, 1863.

See the Finding aid for the Allison Family Correspondence

Permission to publish material from the Allison Family Correspondence must be obtained from Special Collections, Virginia Tech.