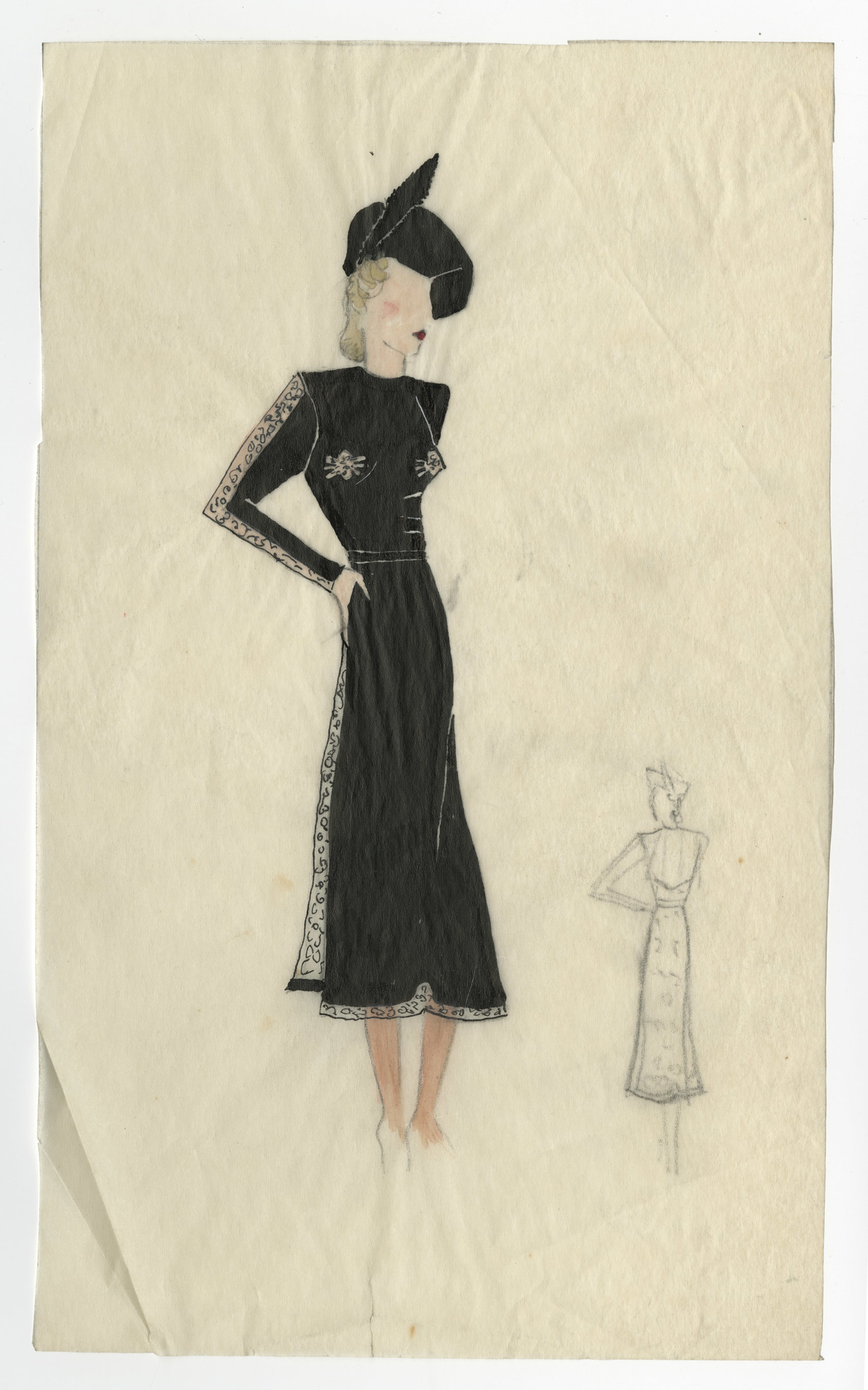 Fashion sketch produced by Judith (Dita) Roque-Gourary for a school assignment as a student at the Ecole Nationale Superieure d'Architecture et des Arts Decoratifs de Belgique. Judith (Dita) Roque-Gourary was born July 26, 1915 in St. Petersburg, Russia. Her family fled the country following the revolution of 1917 and relocated to Naples, Italy. As a child, she studied abroad in Germany and Austria. When Nazi Germany annexed Austria in 1938, Roque-Gourary was three tests away from receiving her architecture degree. She promptly left Vienna and transferred to La Cambre in Belgium to finish her studies. She remained in Belgium for the remainder of her career. Much of her work from 1941-1945 was destroyed in the occupation. From 1945-1948 she worked alongside architect Jean Nicolet-Darche until departing to form her own private practice. Roque-Gourary specialized in remodeling and modernizing 19th and 20th century residences during the reconstruction period.

In 1978, Roque-Gourary created the Union of Women Architects in Belgium and acted as president until 1983. She was an outspoken advocate for women in the profession and a noted speaker for The International Union of Women Architects (UIFA). Numerous articles and interviews are attributed to her work and she continued to promote the work of women in architecture until her retirement in 1984.

Permission to publish material from the Judith (Dita) Roque-Gourary Architectural Collection must be obtained from Special Collections, Virginia Tech.