This collection includes three memoir volumes and three diaries written by John Henning Woods, a Southern Unionist, Confederate conscript, and Civil War memoirist. Woods was born in Tennessee on July 4, 1834. After spending his childhood in Missouri, Woods married Mary Emma Caldwell, the daughter of a wealthy slaveholder and planter from Alabama in 1860. In 1861, Woods moved to Lebanon, Tennessee, to pursue his law degree at Cumberland University. Despite his ties to the South, Woods hated slavery and strongly supported the Union. Following the war's beginning and interruption of his education, he returned home to farm and teach.

Due to his support for the Union, Woods chose to remain at home throughout the beginning of the war until his conscription into the Confederate army in October of 1862. While at first Woods fought to remain at home, the threat of imprisonment eventually sparked him to report to the army, where he was drafted into the 36th Alabama Infantry Regiment, Company K. As a part of this regiment, Woods was trained at Talladega and then posted around Mobile, Alabama.

While at Mobile, Woods and a few fellow Unionist conscripts formed a secret Unionist organization called the Home Circle and planned a mutiny. Unfortunately, Woods was discovered prior to their planned mutiny and imprisoned to be tried. While awaiting his court martial, Woods was transported behind the army, following them through the Tullahoma Campaign and was then sent to Atlanta. His trial resulted in a sentence of death by firing squad; however, his execution was delayed due to the interference of a sympathetic general who had been his professor before the war. Woods saw the Battles of Chickamauga and Chattanooga while imprisoned by the Confederate Army until he was once again sent to Atlanta following a stay of execution, furnished at the last minute from Jefferson Davis. He was then sent to work building trenches around Atlanta until he finally escaped Confederate officials on August 11, 1864, and made his way into Union lines.

Following his escape, Woods made his way to Buffalo, New York, where he enlisted in the 93rd New York Infantry Regiment. He served out the rest of the war as a clerk for the Union Army until his discharge on May 11, 1865. Following the war, Woods returned home and continued to teach, moving to Lawrence County, Missouri sometime before 1885. In 1885, his wife Mary died and in 1889, he married Mae Laverall of Pennsylvania. Woods died on March 5, 1901, and is buried alongside both of his wives and his daughter in the Woodland Cemetery near Springfield, Missouri.

The three volumes of Woods' memoir make up the largest portion of the collection. These three books focus on the years 1861-1864, describing his experiences of sectionalism, his opposition to secession and conscription, the process of forming an underground Unionist society in a Confederate regiment, his arrest for inciting a mutiny, and the resulting imprisonment and trial.

The three journals cover a much broader range of topics and years, including genealogy, religion, marriage, slavery, and Woods' childhood. These three journals serve to contextualize the journals, as Woods referenced them during the writing process. Besides this, these journals also contain highly detailed drawings done by Woods during his imprisonment and a number of short entries in Pitman shorthand.

See the finding aid for the John Henning Woods Papers

Permission to publish material from the John Henning Woods Papers must be obtained from Special Collections, Virginia Tech. 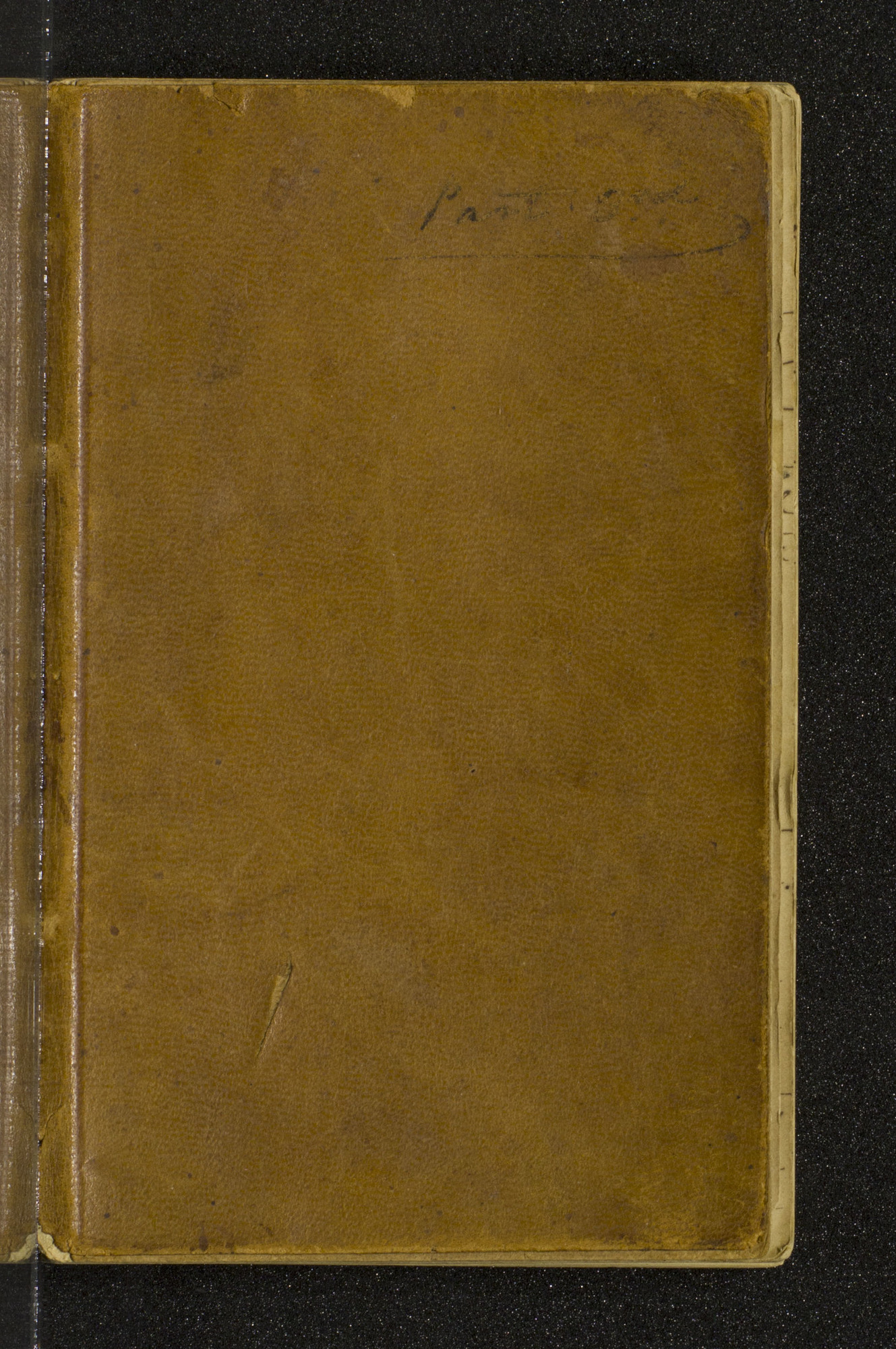 This final volume of Woods' memoir describes his imprisonment, trial, sentence, postponement of punishment, and his final stay of execution furnished… 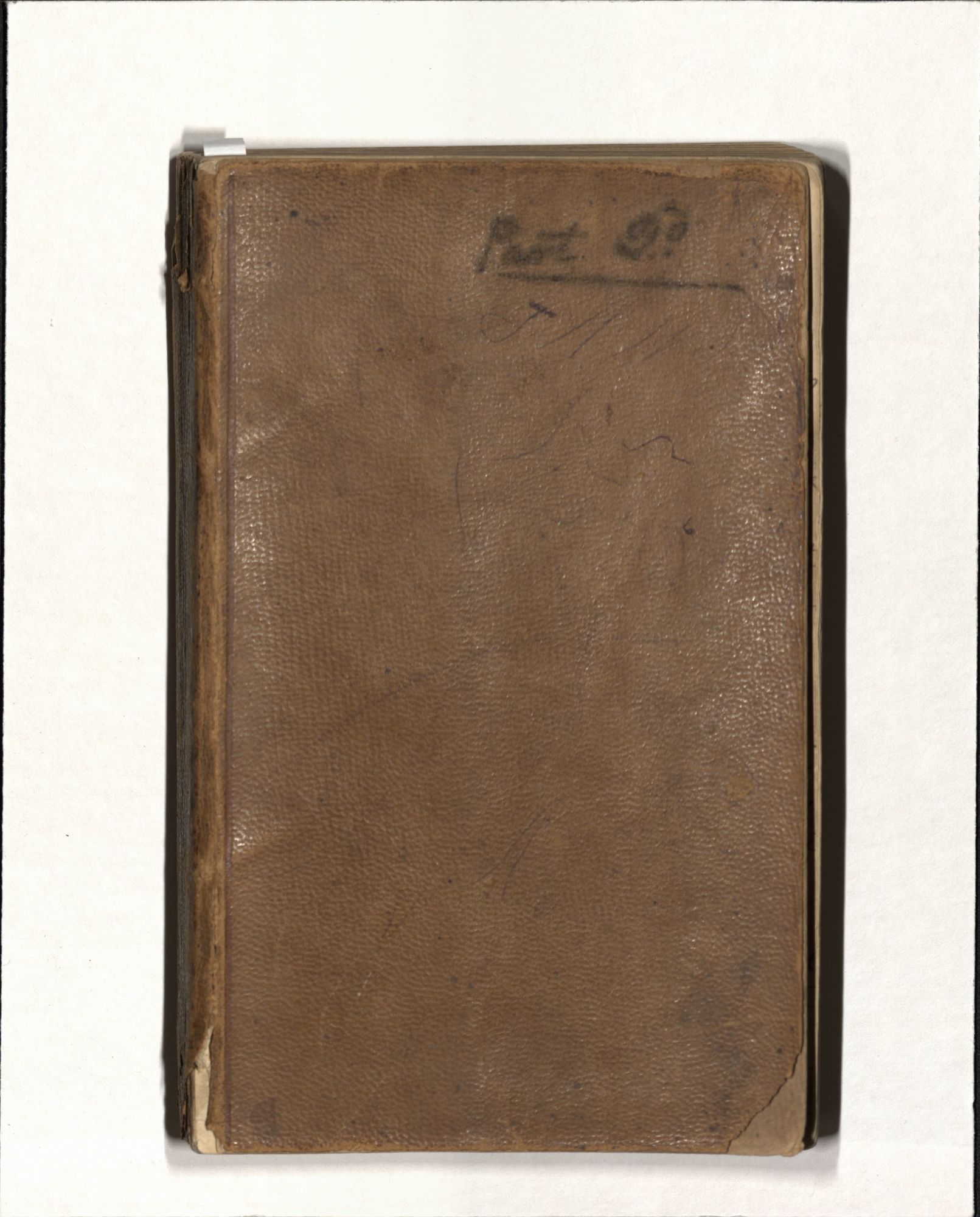 The second of Woods' three memoir volumes covers his early service with the 36th Alabama, the creation of the "Home Circle," and his discovery and… 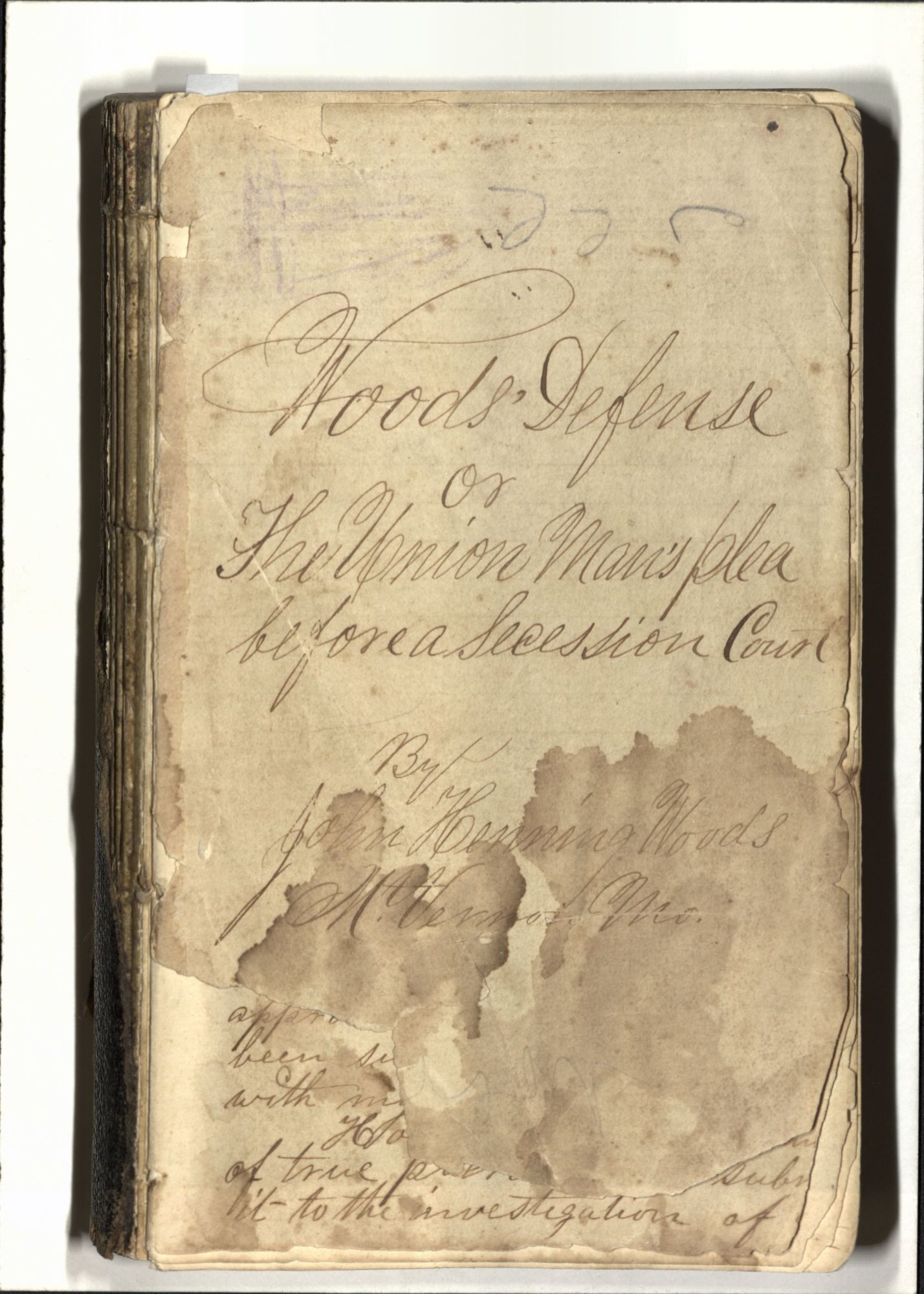 The first of three memoir volumes begins with an overview of Woods' life and political opinions prior to and during the beginning stages of the war,… 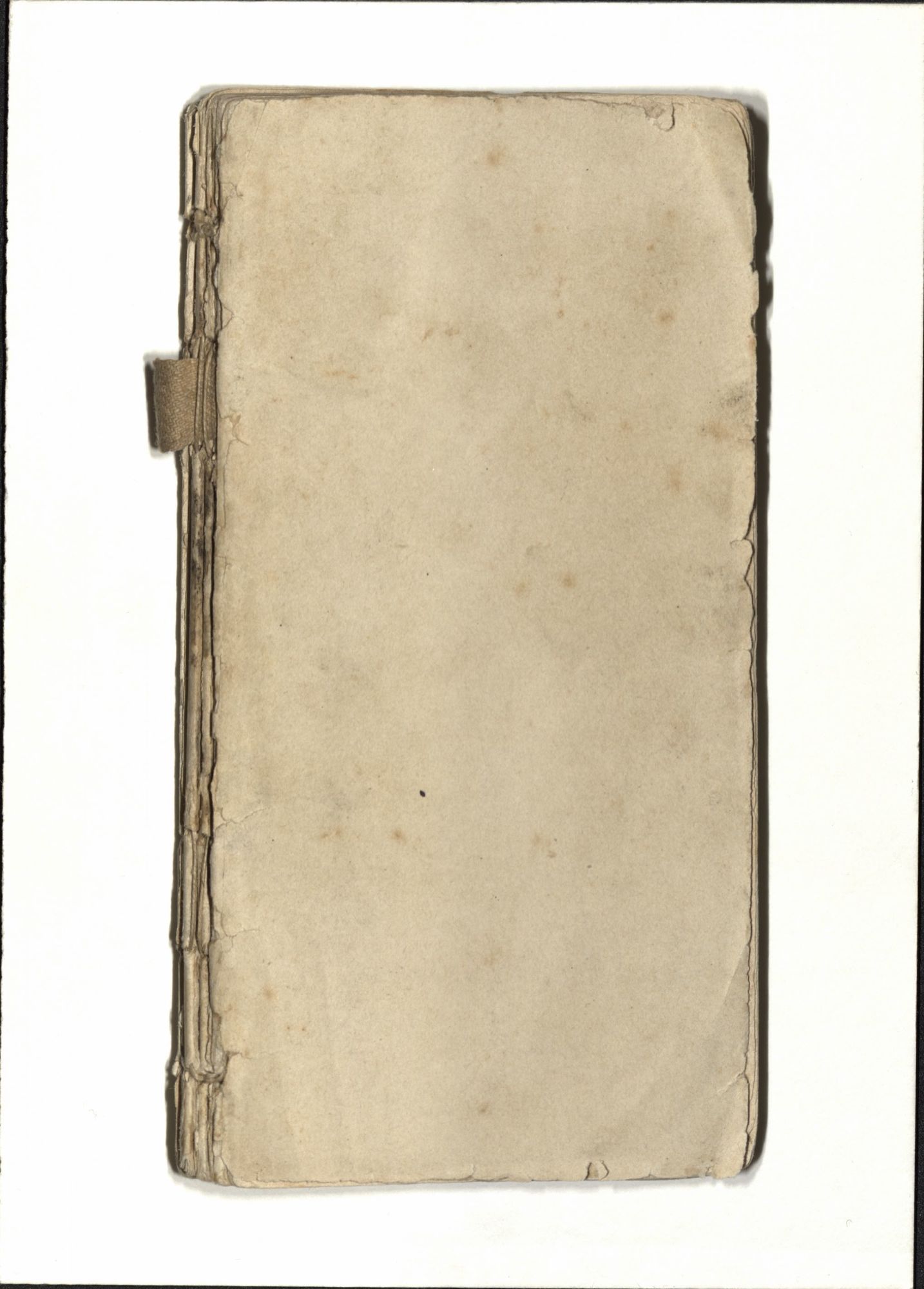 Spanning from 1856 to July of 1873, this journal provides an autobiography describing Woods' family and life from childhood. It also contains poetry,… 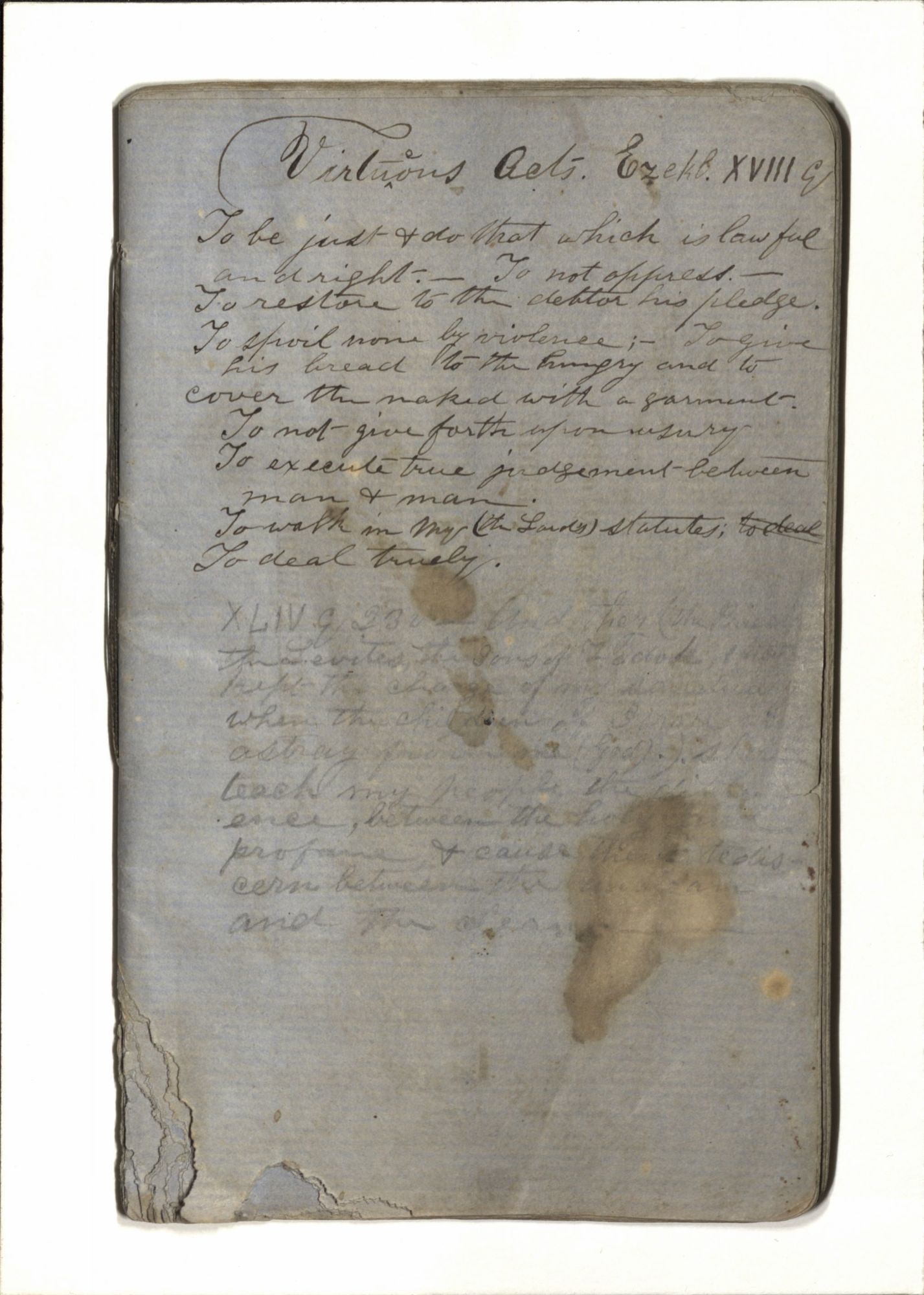 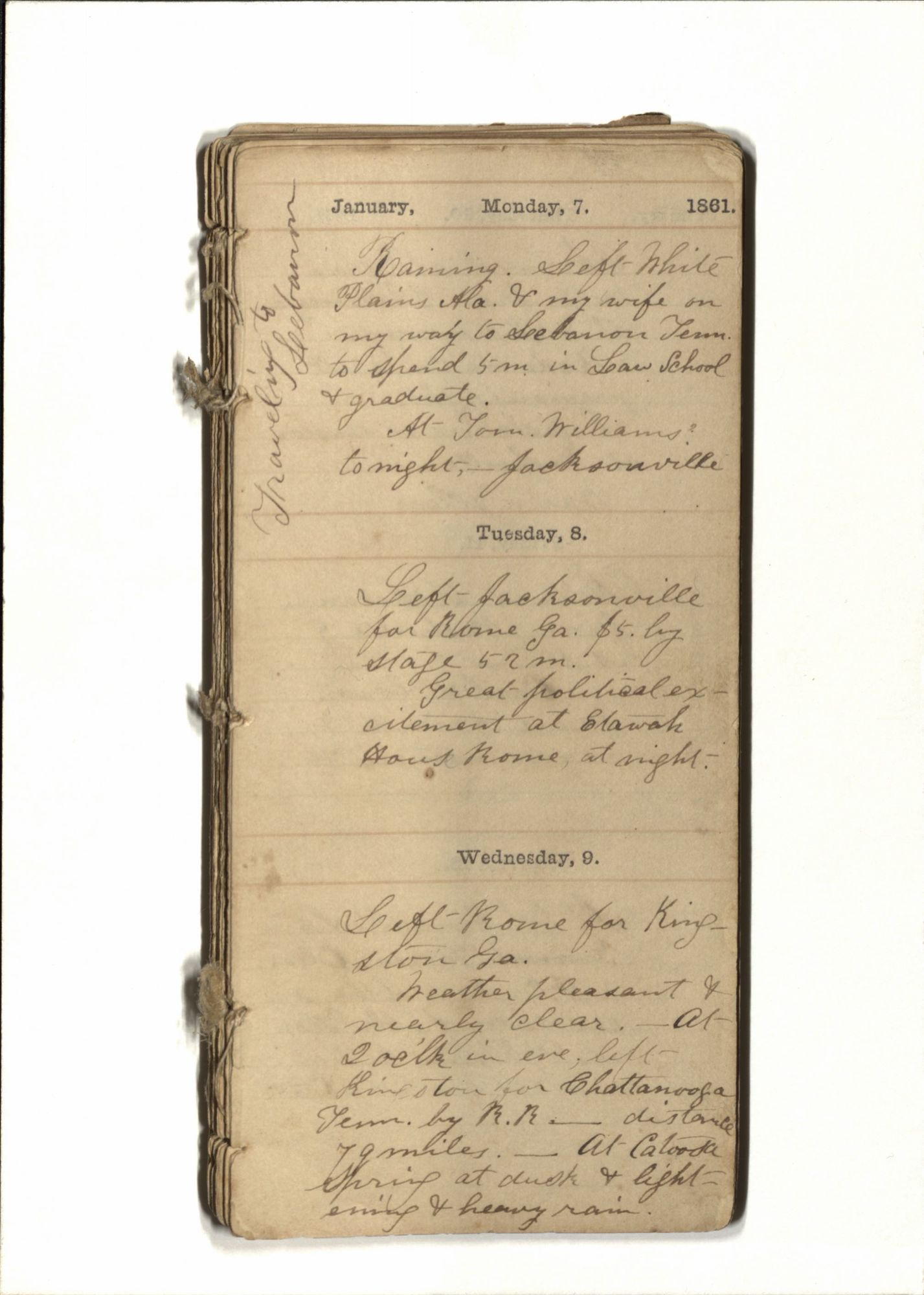 Spanning from January 1 through December 31, 1861, this journal contains a short description of Woods' daily activities, including his thoughts on the…