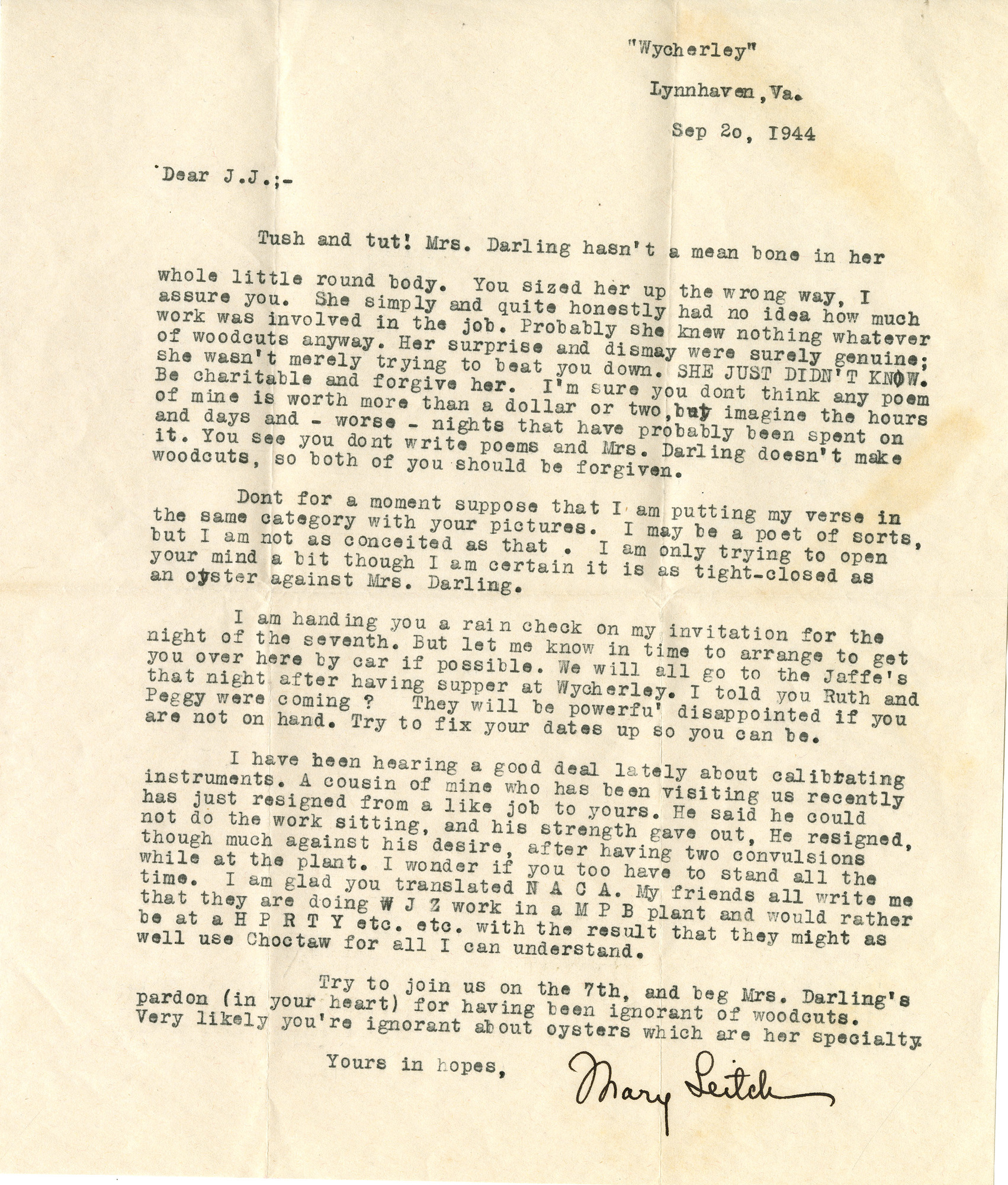 Tush and tut! Mrs Darling hasn’t a mean bone in her

whole little round body. You sized her up the wrong way, I

assure you. She simply and quite honestly had no idea how much

work was involved in the job. Probably she knew nothing whatever

of woodcuts anyway. Her surprise and dismay were surely genuine;

she wasn’t merely trying to beat you down. SHE JUST DIDN’T KNOW.

Be charitable and forgive her. I’m sure you don’t think any poem

of mine is worth more than a dollar or two, but imagine the hours

and days and—worse—nights that have probably been spent on

woodcuts, so both of you should be forgiven.

the same category with your pictures. I may be a poet of sorts,

But I am not as conceited as that. I am only trying to open

an oyster against Mrs Darling.

night of the seventh. But let me know in time to arrange to get

you over here by car if possible. We will all go to the Jaffe’s

that night after having supper at Wycherley. I told you Ruth and

Peggy were coming? They will be powerful disappointed if you

are not on hand. Try to fix your dates up so you can be.

I have been hearing a good deal lately about calibrating

instruments. A cousin of mine who has been visiting us recently

has just resigned from a like job to yours. He said he could

not do the work sitting, and his strength gave out, he resigned,

though much against his desire, after having two convulsions

while at the plant. I wonder if you too have to stand all the

time. I am glad you translated NACA. My friends all write me

be at a HPRTY etc. etc. with the result that they might as

well use Choctaw for all I can understand.

pardon (in your heart) for having been ignorant of woodcuts.

Very unlikely you’re ignorant about oysters which are her specialty.