The Jean Linden Young papers consist of materials created and collected by Young during her lifetime. They include notes written as an instructor at the University of Kentucky, newspaper articles about her and her husband's architectural projects and accomplishments, information about her tenure as Secretary General of the UIFA, personal and professional correspondence, certificates of accomplishment, photographs and sketches of buildings she designed or renovated, exhibit boards, and literature about architecture in the Seattle area.

Jean Linden Young and her husband established a joint practice, Clayton & Jean Young and Associates Architects, in Seattle in 1954, which lasted until 1975. After their divorce in 1976 Jean Young established her own private practice. Her designs were almost all private residences, apartment buildings, and small commercial structures, in the Seattle area. She became a registered architect of Washington state in 1955.

Young was active in many architectural organizations, particularly those that promoted the place of women in the profession. As a member of the American Institute of Architects she served on the Task Force on Women in Architectural Profession (1972-1976) and the Scholarship Committee (member, 1976-1980; chair, 1980).

Young served as a member of the Board of Architectural Registration of Washington State (member 1974-1979; chair 1978-1979), and as a member of the Citizen's Advisory Committee to the [Washington] State Senate on Financial Institutions (1974-1975). Young served on the Mayor's Small business Task Force (1984) and was appointed by the Mayor to two terms on the Seattle Design Commission (1979-1980, 1981-1982). She was also appointed to the panel of Arbitrators for the American Arbitration Association (1974). From 1985 to 1989, Young served on the King County Landmarks Commission. She also did graduate studies at the University of Washington (1974-1975). 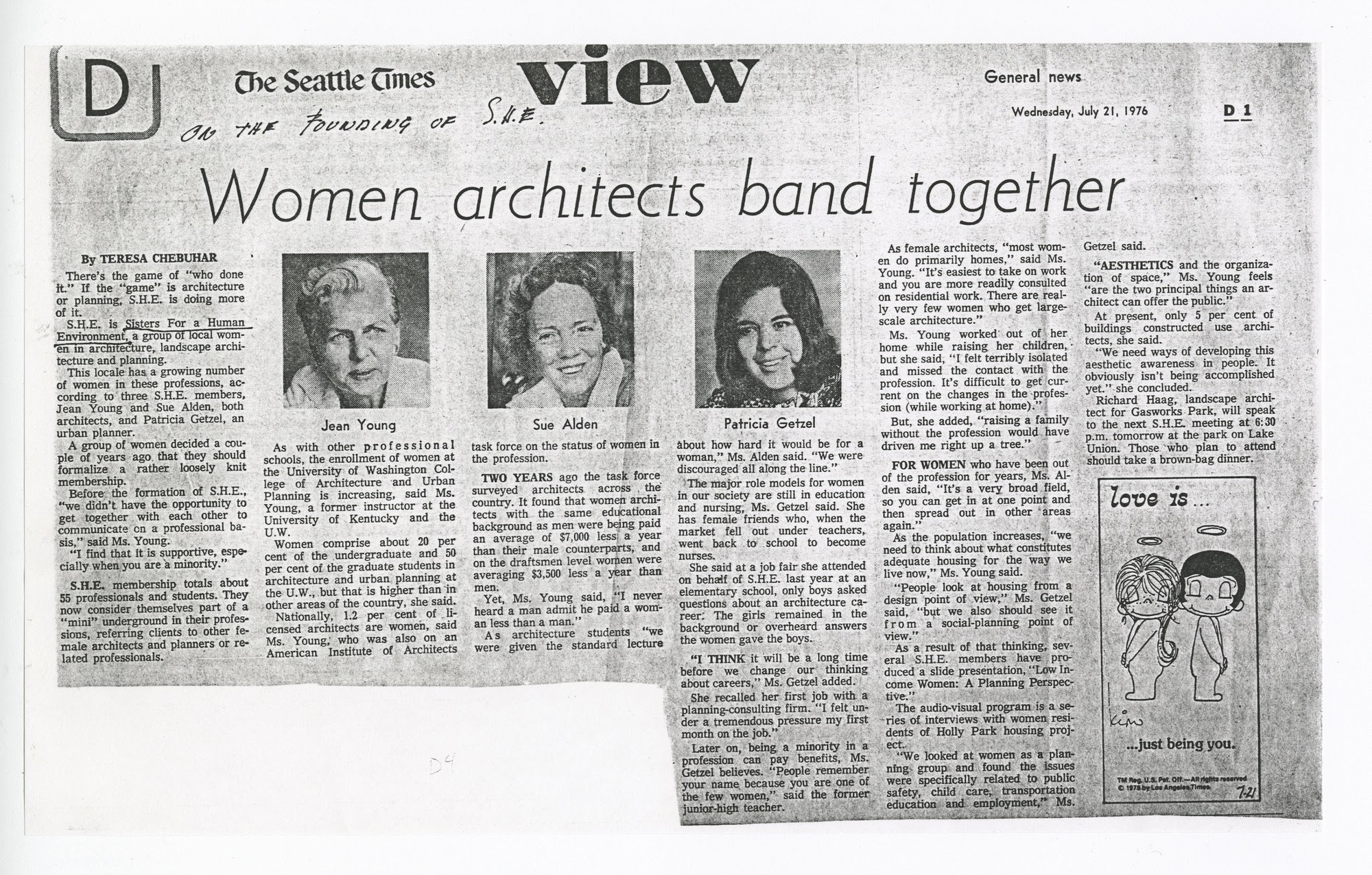 Newspaper article from the Seattle Times that features Jean Young and several other architects who founded the group S.H.E., Sisters for a Human…