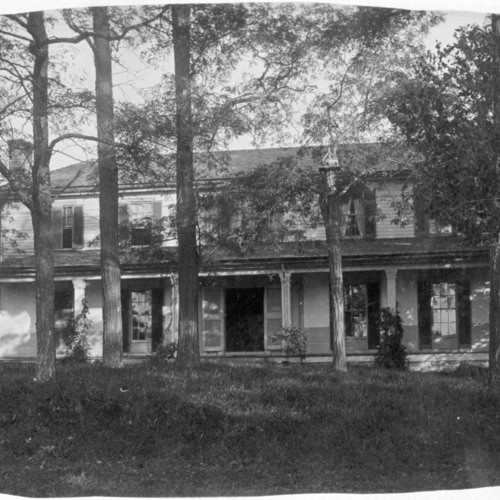 Starting as a humble log cabin in 1801, Solitude grew to become the home of two Virginia governors, and the home of Robert Preston, who sold the property in 1872 to provide land for the new Virginia land grant college, Virginia Agriculture and Mechanical College, later to be known as Virginia Polytechnic Institute and State University.

It is Virginia Tech's oldest structure, the "homeplace" of the University. Because of its rich historical and architectural heritage, Solitude was placed on the National Register of Historic Places and named a Virginia Historic Landmark in 1989.

An online exhibit on the history of Solitude was originally developed in early 2000. In 2020, it was migrated to a new platform/format and it was updated to include additional images and new information about digital items already included. The updated exhibit also features a page of additional resources located in Special Collections and University Archives and/or online about the building, its history, and the Preston family. 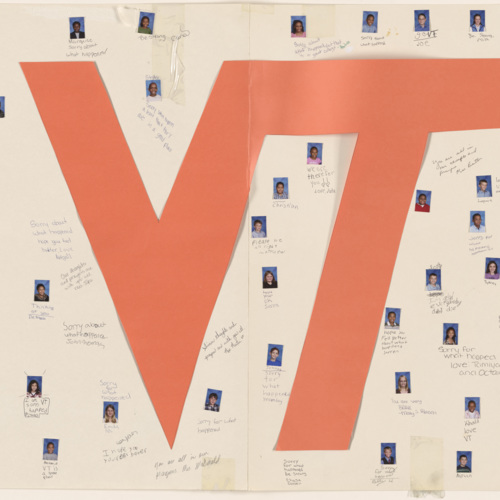 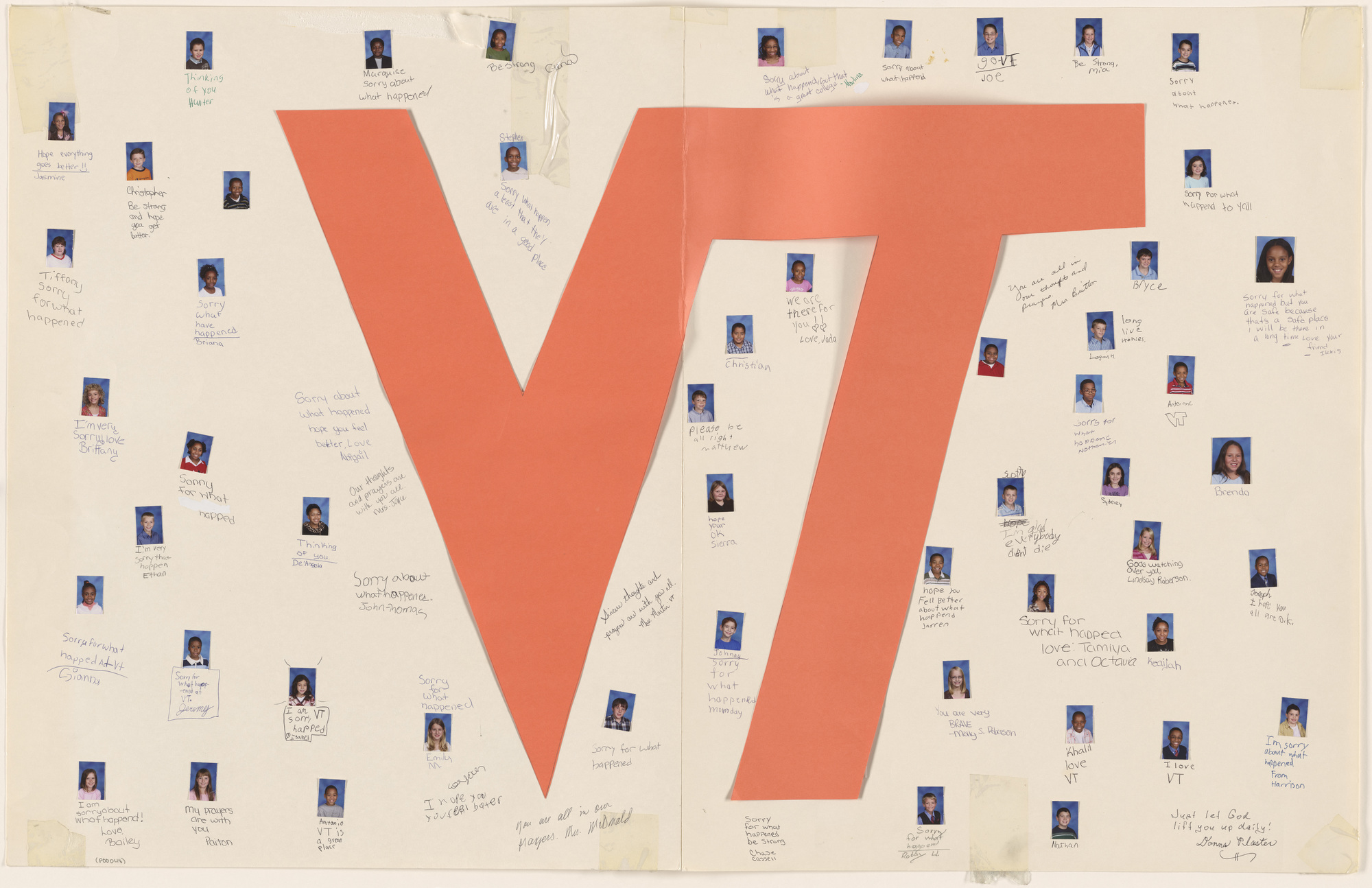 Please come back on Monday, April 13 for the public launch of the complete exhibit.

Launching Monday, April 13, this digital exhibit Unknown Origin: Anonymous gifts in the April 16, 2007 Condolence Archives will feature anonymous donations and gifts of unknown origin, paying homage to those who want to be part of the mourning and recovery process but do not necessarily want to be known. Among other items, the exhibit will include a poster of elementary school students along with their first names and their messages (right), but the school and its location are unknown. There will be photos of people wearing VT gear from schools and businesses, but no names are known. We will also include a selection of intentionally anonymous letters, photos, posters, and poems.

This exhibit was made by Special Collections and University Archives (SCUA) in partnership with Virginia Tech University Libraries and Student Engagement and Campus Life.

Additional materials from the April 16, 2007, Condolence Archives are available online in the following exhibits:

During the summer of 2007, archivists and volunteers in SCUA photographed over 7,000 items representative of the whole collection. These are available online on VTechWorks as the April 16, 2007, Condolence Archives.

For the 10th annual commemorations, SCUA created the digital exhibit, Communities of Caring: Community expressions of support in response to the events of April 16, 2007. 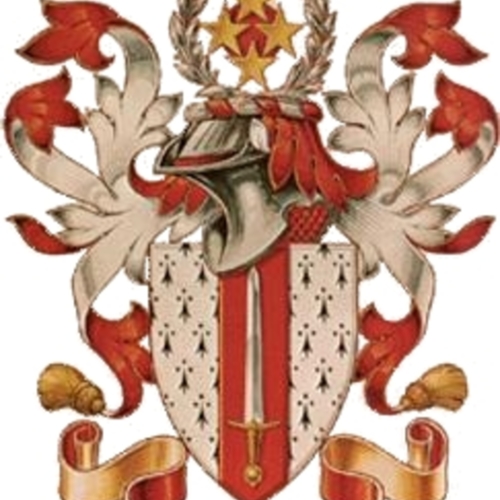 This exhibit was originally created in 1997 to celebrate the 125th anniversary of Virginia Tech.

We are in the process of migrating the individual parts of this exhibit from the previous platform and not all materials are currently accessible here. In the interim, you can view the entirety of the exhibit through the Wayback Machine: https://wayback.archive-it.org/all/20170907203930/https://spec.lib.vt.edu/archives/125th/.

The First International Students at VT

The map, "First International Students at Virginia Tech: By Country," gives an listing of countries and the names and years of attendance of the first and early students from a particular country.

Help us build the timeline. The University Archives is eager to learn more about the first and early students at Virginia Tech. If you have more information about these students, have noticed that a particular student’s name is missing, or can contribute to our knowledge of students not listed who were the firsts from a particular country, please contact Special Collections and University Archives at specref@vt.edu. We would gratefully receive biographical information, documents, and memorabilia that would help us learn more about these pioneering students at Virginia Tech.

History of Women at Virginia Tech 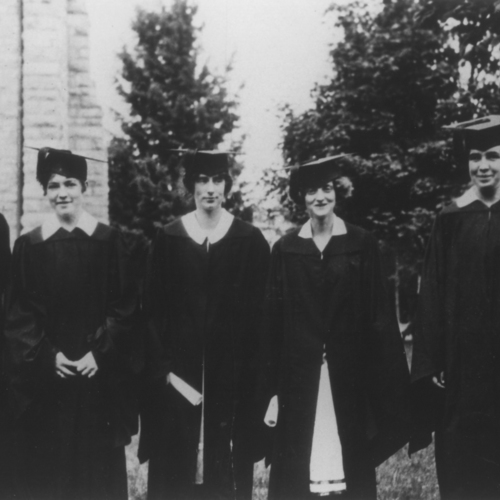 The History of Women at Virginia Tech digital project is a collaborative effort to showcase women’s history at this university through archival documents, photographs, interviews, and more. It also includes an interactive timeline.

This project lives on a separate site: http://vtwomenshistory.lib.vt.edu/. 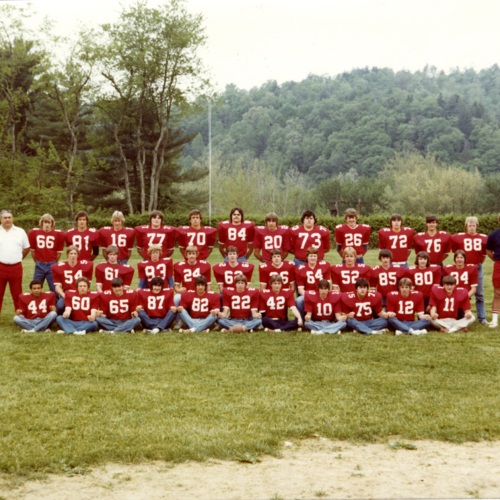 This exhibit contains a selection of materials from the Fries Textile Mill Records, chosen to demonstrate the history of the mill, and its inextricable links to the community surrounding it. Fries was very much a company town, as can be seen in the variety of images, legal records, and community records they held.

What is most remarkable is not that these materials were created, nor even that someone decided that they were important enough to keep. What truly sets the exhibited pieces apart is that the mill administration was the body doing the collecting, and that the company deemed all of the documents here worthy of preservation. Keep that in mind as you peruse the exhibit.

Sherwood Anderson: His Life, His Letters, His Literature, and His Circle 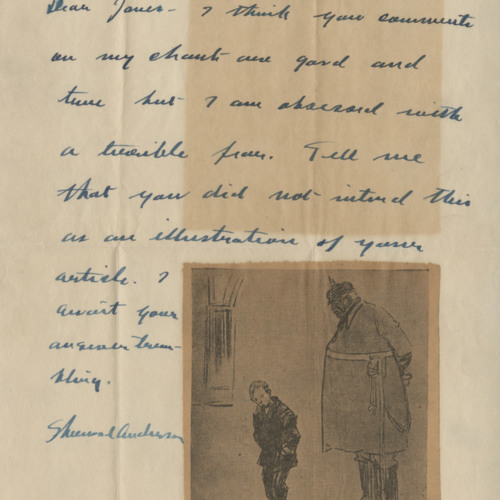 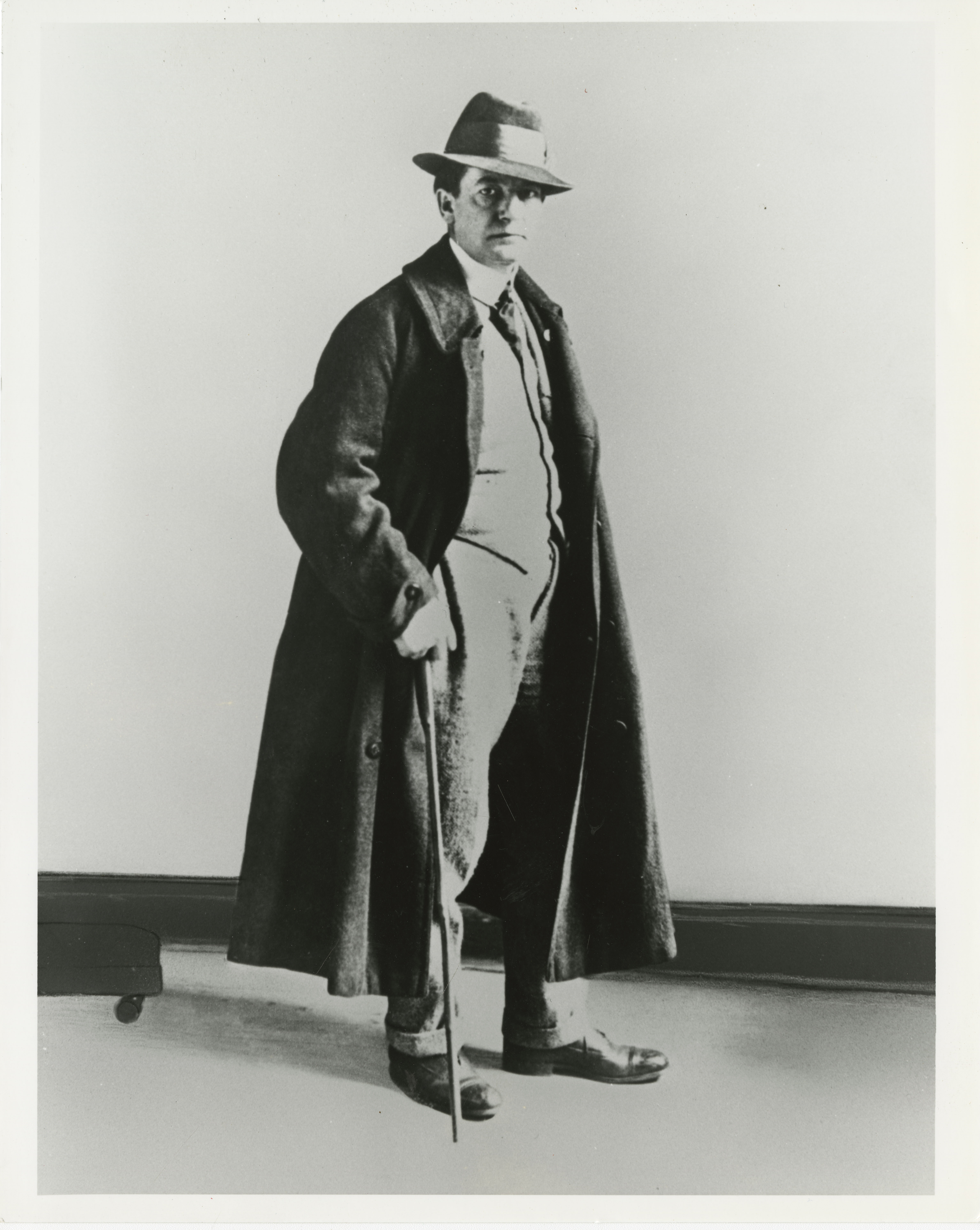 Between the publication of his first novel in 1916 and his death in 1941, Sherwood Anderson published 8 novels, 4 collections of short stories, 2 collections of poetry, 1 collection of plays, and 12 works of non-fiction.

Special Collections has a variety of materials on Anderson, given that a portion of his life was spent in nearby Marion, Virginia. While the majority of his personal and literary papers reside in The Newberry in Chicago, Illinois, Special Collections at Virginia Tech houses several manuscript collections relating to Anderson's life, works, and literary circle, as well as a biographical research file. In addition, we hold more than 250 volumes by Anderson with translations in over a dozen languages.

This exhibit features highlights from a variety of our collections. You can access all the digitized materials through links in the "Bibliography and Resources" section, which also contains links to finding aids for all our Anderson-related collections.

Note: At the bottom of each section are arrows to navigate to the previous and next sections, or you may use the section titles at the top of the page. 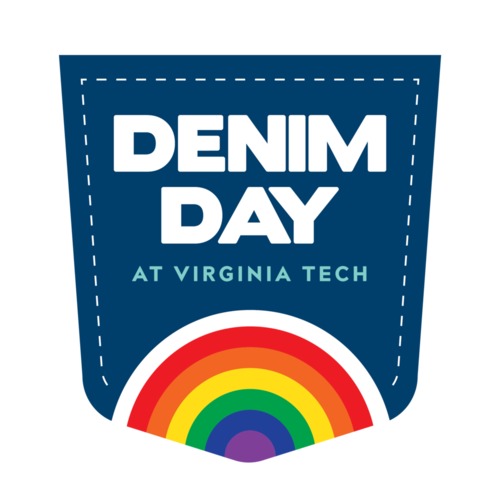 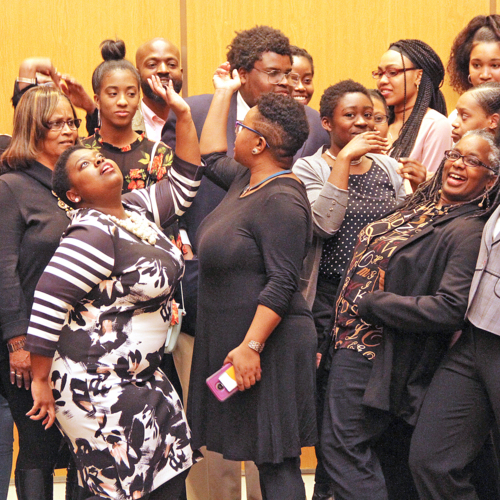 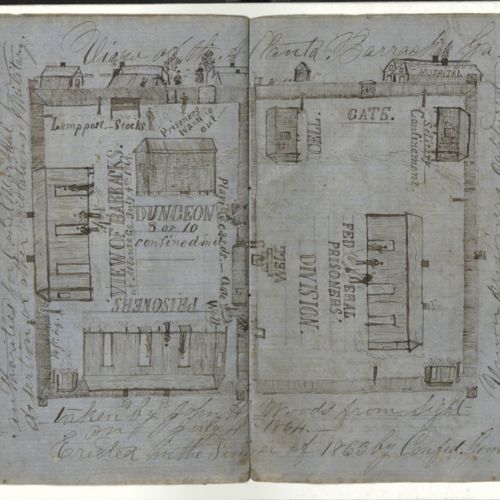 This collection includes three memoir volumes and three diaries written by John Henning Woods, a Southern Unionist, Confederate conscript, and eventual Union soldier during the American Civil War. While the collection spans the period of years from 1856 through 1873, the majority of the collection focuses on the years during the Civil War.

Communities of Caring: Community expressions of support in response to the events of April 16, 2007 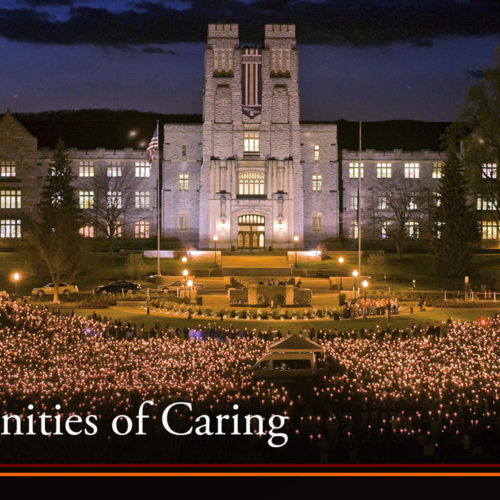 This exhibit highlights the expressions of support Virginia tech received from communities around the world following the events of April 16, 2007. Created for the 10th anniversary in 2017, the exhibit focuses primarily on those communities outside Blacksburg, Virginia, that reached out to express their solidarity and support of Virginia Tech. 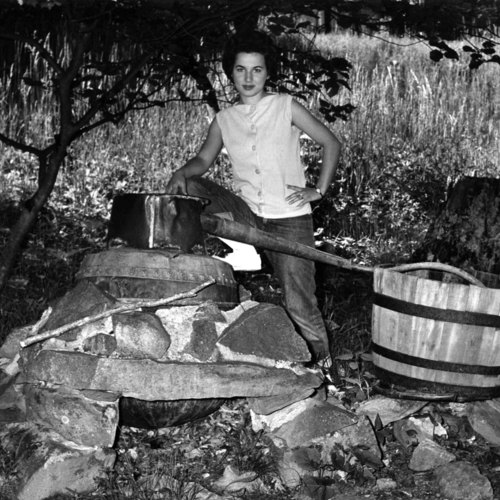 In honor of Women's History Month, Special Collections is hosting an online exhibit during March 2016. This exhibit includes materials from our collections which have been digitized and which highlight the contributions and significance of women in a variety of subject areas: local history, architecture, science and technology, Virginia Tech history, literature, and more!

Be sure to check back during the month of March, as we will continue to add new items!

In addition to this digital exhibit, we also invite you to visit us on the first floor of Newman Library. We have two "analog" displays of materials relating to women's history: one in our reading room and one outside of the Multipurpose Room (if you don't know where it is, stop by and we'll show you the way!). 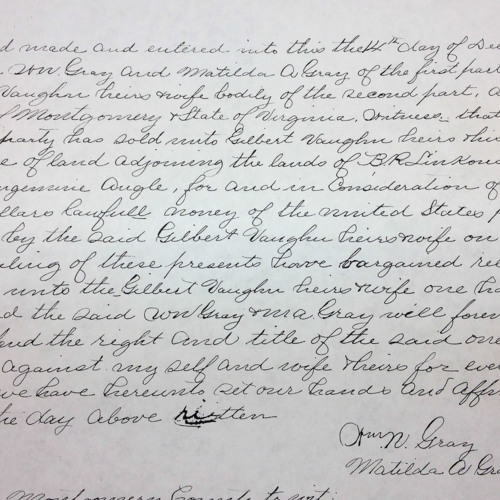 New Town, a predominantly African American community central to the history of Blacksburg, Virginia Tech and Montgomery County, advanced alongside Virginia Polytechnic Institute (VPI) through the better part of a century. The community eventually dissolved as Virginia Tech developed into the sprawling university that it is today.

Virginia Tech led redevelopment of the New Town area in the early 2000s and as a result, most traces of New Town are now lost to history.

In a campaign to uncover and highlight the history of lost, forgotten or marginalized groups and events, Virginia Tech’s Public History program participated in a collaborative project that would emphasize the geographical, spatial and population dynamics of New Town by providing this socially engaging and experiential exhibit for the public.

This digital version of the Virginia Tech Public History program’s efforts highlights the work done through the physical exhibition and through additional outside research. 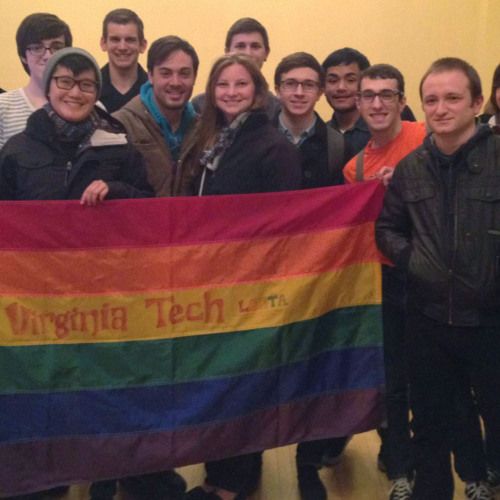 Beginning in the fall of 2014, faculty and students in the Virginia Tech History Department, along with colleagues in the University Libraries’ Special Collections and campus partners including HokiePRIDE, the LGBT Faculty/Staff Caucus, and the Ex Lapide Society (the LGBTQA alumni network at VT) began collecting oral histories to document the history of Lesbian, Gay, Bisexual, Transgender, and Queer life in the 20th century American South and specifically at Virginia Tech. In addition to collecting oral histories, the project aims to build an archival collection of materials such as correspondence, photographs, publications, reminiscences, and ephemera that will help document LGBTQ+ life at Virginia Tech and in the American South. 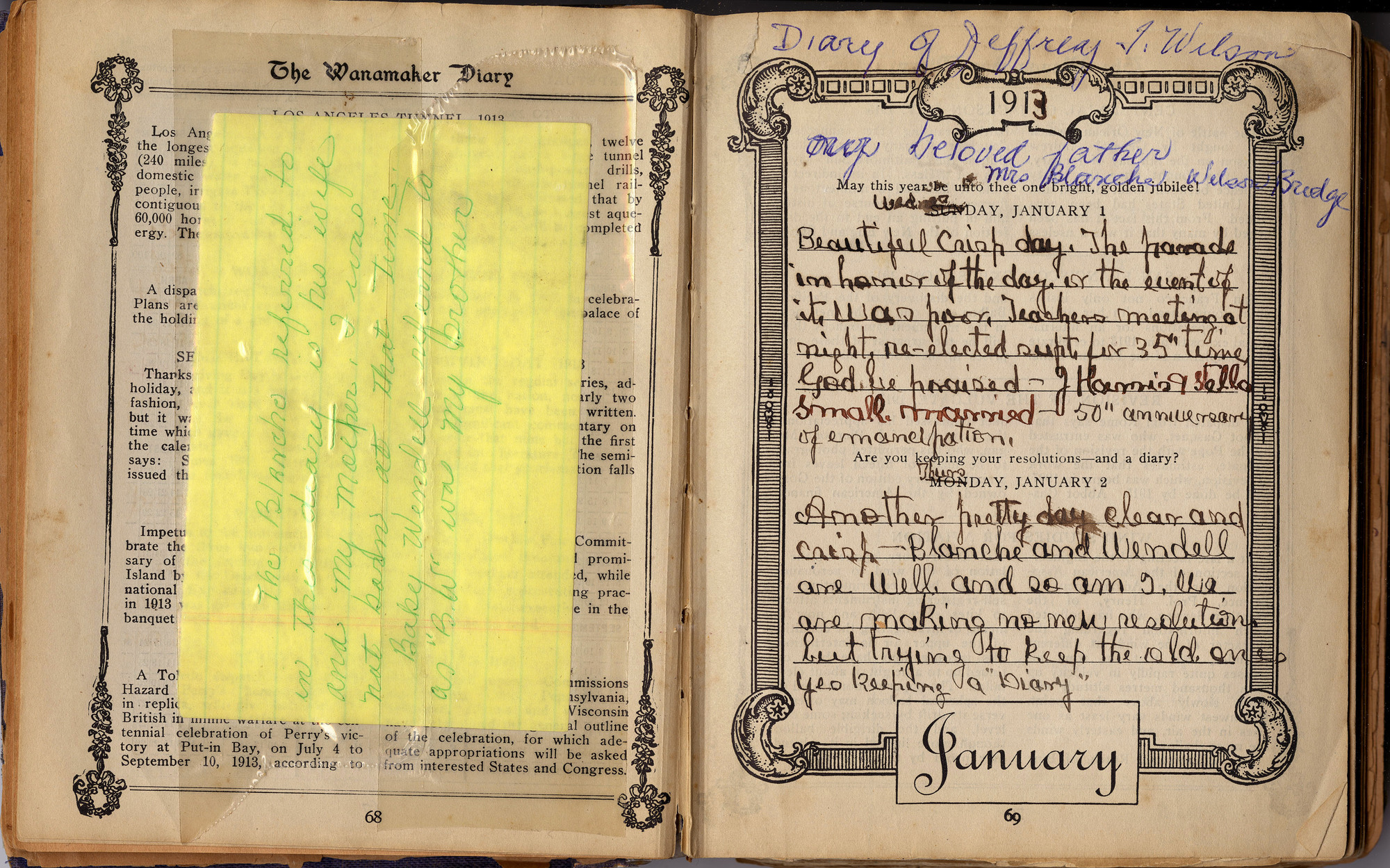 See the entirety of the 1913 Jeffrey Wilson Diary here

The transcription, digitalization, and contextualization of Jeffrey T. Wilson’s 1913 diary constitutes the collaborative efforts of Virginia Tech history student Dara Green, Associate Professors of History Brett Shadle and LaDale Winling, Public Services and Reference Archivist Marc Brodsky, and Technical Archivist Adrienne Serra. Work with the diary began in the fall of 2013 and concluded in following year. At the time I, Dara Green, was an undergraduate within the History Department at the Virginia Tech. The diary was first brought to the attention of myself and my academic advisor Dr. Shadle by Marc Brodsky during a visit to Special Collections at Newman Library. The Jeffrey Wilson 1913 and 1928 diaries had be purchased by the University two years before from a rare book dealer based out of Portsmouth, Virginia.* Both Dr. Shadle and Mr. Brodsky recognized the value of the diary and were jointly eager to have some research done on the diary. It just so happened that I was in search of a research topic at the time. The diary intrigued me immediately, and I was excited by the prospect of working with a document about which relatively little was known within the confines of the university. None of us could have imagined then just how extensive this project would eventually become.

Cursory investigation of the diary revealed that it contained information relevant to subjects well beyond the narrow topic of segregation, contemporary to the period in which Wilson was writing. We knew then that our project had to be expanded and developed upon. We were fortunate enough receive funds to pursue further research from the Visible Scholarship Initiative. Over the following semester we embarked on the laborious process of transcribing the diary in its entirety. Contextualization and web-development took place over the fall of 2014. For my part I feel honored to have been involved in this project. I am proud of the work we have done.

*It is unknown to the project collaborates how the Wilson’s diaries came into the hands of this rare book dealer.

Do You Miss Me? Vintage Postcards from Appalachia