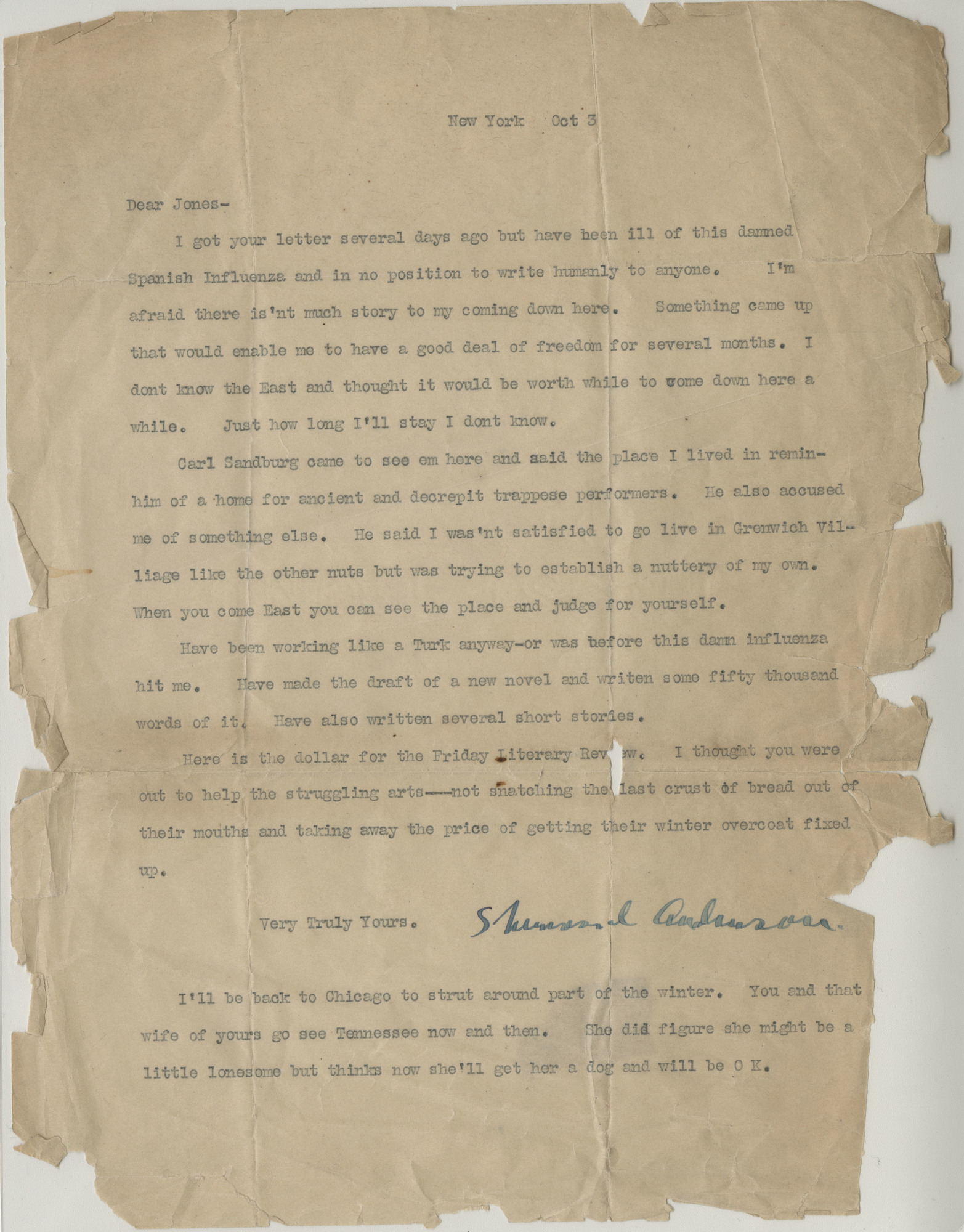 Spanish Influenza and in no position to write humanly to anyone. I'm

afraid there is'nt much story to my coming down here. Something came up

that would enable me to have a good deal of freedom for several months. I

while. Just how long I'll stay I dont know.

him of a home for ancient and decrepit trappese performers. He also accused

me of something else. He said I was'nt satisfied to go live in Grenwich Vil–

liage like the other nuts but was trying to establish a nuttery of my own.

When you come East you can see the place and judge for yourself.

hit me. Have made the draft of a new novel and writen some fifty thousand

words of it. Have also written several short stories.

Here is the dollar for the Friday Literary Review. I thought you were

I'll be back to Chicago to strut around part of the winter. You and that

wife of yours go see Tennessee now and then. She did figure she might be a

little lonesome but thinks now she'll get her a dog and will be O K.

Permission to publish material from the the Sherwood Anderson Correspondence with Llewellyn Jones must be obtained from Special Collections, Virginia Tech.