The J. W. Ryland Diary consists of a single Civil War diary kept by J. W. Ryland between September 1863-1865. In his diary, Ryland records activities from September 1863 – January 1866. His entries include the topics of the creation of the Confederate States of America, rail cars, and battles such as the Siege of Charleston, SC, the Siege of Petersburg, the Battle of Sailor’s Creek, the surrender at Appomattox Court House, and the weary Confederate trek home following April 9, 1865. Other entries explain how he has taken it upon his own shoulders to enhance the spiritual life of his fellow soldiers. Although the Confederate States of America surrendered on April 9, 1865, Ryland continued to write about his support for them. In a diary entry dated 1865, Ryland says “I do solemnly swear (or affirm) in the presence of Almighty God that I will henceforth faithfully support, protect, and defend the Constitution of the United States.”

There are newspaper clippings attached to the inside of the front and back covers. These clippings include a woman writing to her sisters about not being too eager over the men coming back from war, a report of a French chemist’s discovery, a poem entitled “The Young Widow” and a printing of “General Orders No. 30 217.”

Please note: PDFs of the diary and the transcripts are currently available online. Individual diary pages are forthcoming.

See the finding aid for the J. W. Ryland Diary.

Permission to publish material from J. W. Ryland Diary must be obtained from Special Collections and University Archives, Virginia Tech. 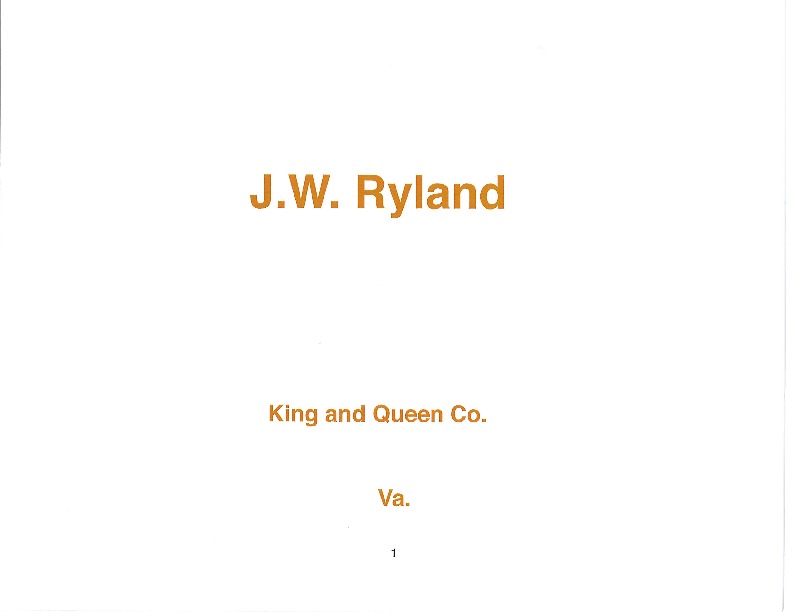