The Mark A. Weber Papers 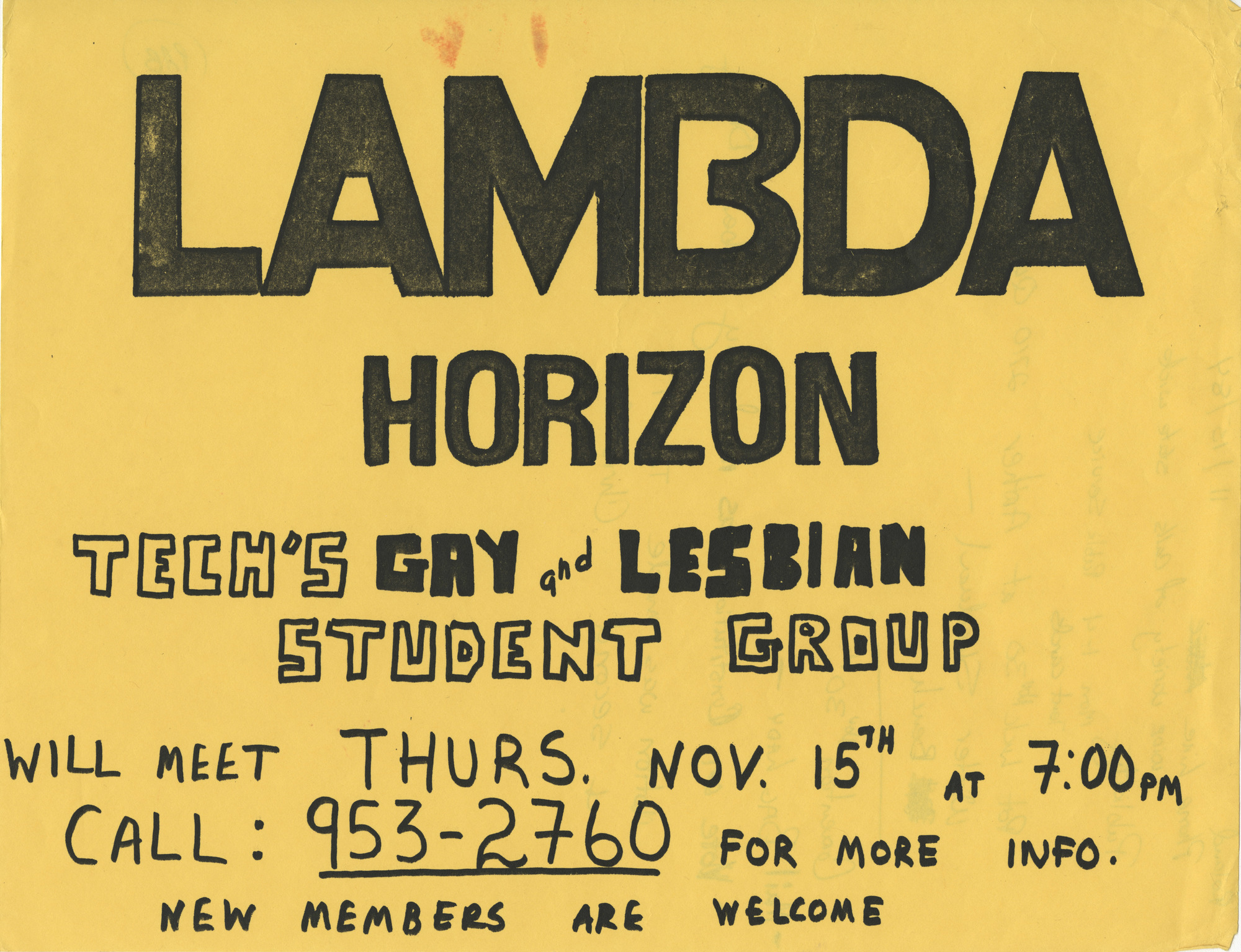 The Mark A. Weber Papers include minutes, correspondence, constitution, handouts, notes, and newspaper and magazine articles concerning the Virginia Tech gay and lesbian student organization, Lambda Horizon, from 1971-1991. The collection includes materials regarding the AIDS education committee, which was a primary focus of Lambda Horizon. The constitution of the Gay Alliance, a previous student organization, is included. The collection also includes papers from Weber's class projects related to the LGBTQ+ community, a photograph of Weber and his date who were the first same-sex couple to attend the Mid-Winter's Dance, and a video of Weber's Virginia Tech graduation party.

Established in 1985 as Lambda Horizon, the LGBTA has undergone many transformations. The early goals of the organization included providing a place on campus for members of the university community to meet without judgement, to help education the campus community, and to create a positive image of people, regardless of orientation.

During the early 1990's the organization changed its name to LGBT and later to LGBTA. Most recently, they have changed their name to HokiePRIDE of Virginia Tech. In 1998, the organization became a University Chartered Student Organization and began the Safe Zone program. Safe Zone was a collaborative effort between the Dean of Student's office, the LGBTA, the LGBT Caucus, and the Office of Equal Opportunity and Affirmative Action. Today, the organization's main focus is programmatic, not political.

The current mission is to work to promote an environment of equality, understanding, and harmony for people of all sexual orientations, sexualities, gender identities and expressions by providing a LGBT Resource Center and campus-wide programs to raise awareness, community visibility, and increase support.

For more information on the current organization, see their website: Hokie Pride

Mark Weber was a student at Virginia Tech from 1983 to 1987, during which he served first as secretary and then as president of the gay student group, Lambda Horizon. Weber graduated from Virginia Tech with a Bachelor of Science in Marketing and went on to complete a Master of Business Administration in Marketing at The George Washington University School of Business. Following his education, Weber served as Director of the Office of Communications for the Substance Abuse and Mental Health Services Administration and later as Deputy Assistant Secretary for Public Affairs/Human Services with the United States Department of Health and Human Services.

View the items in the collection