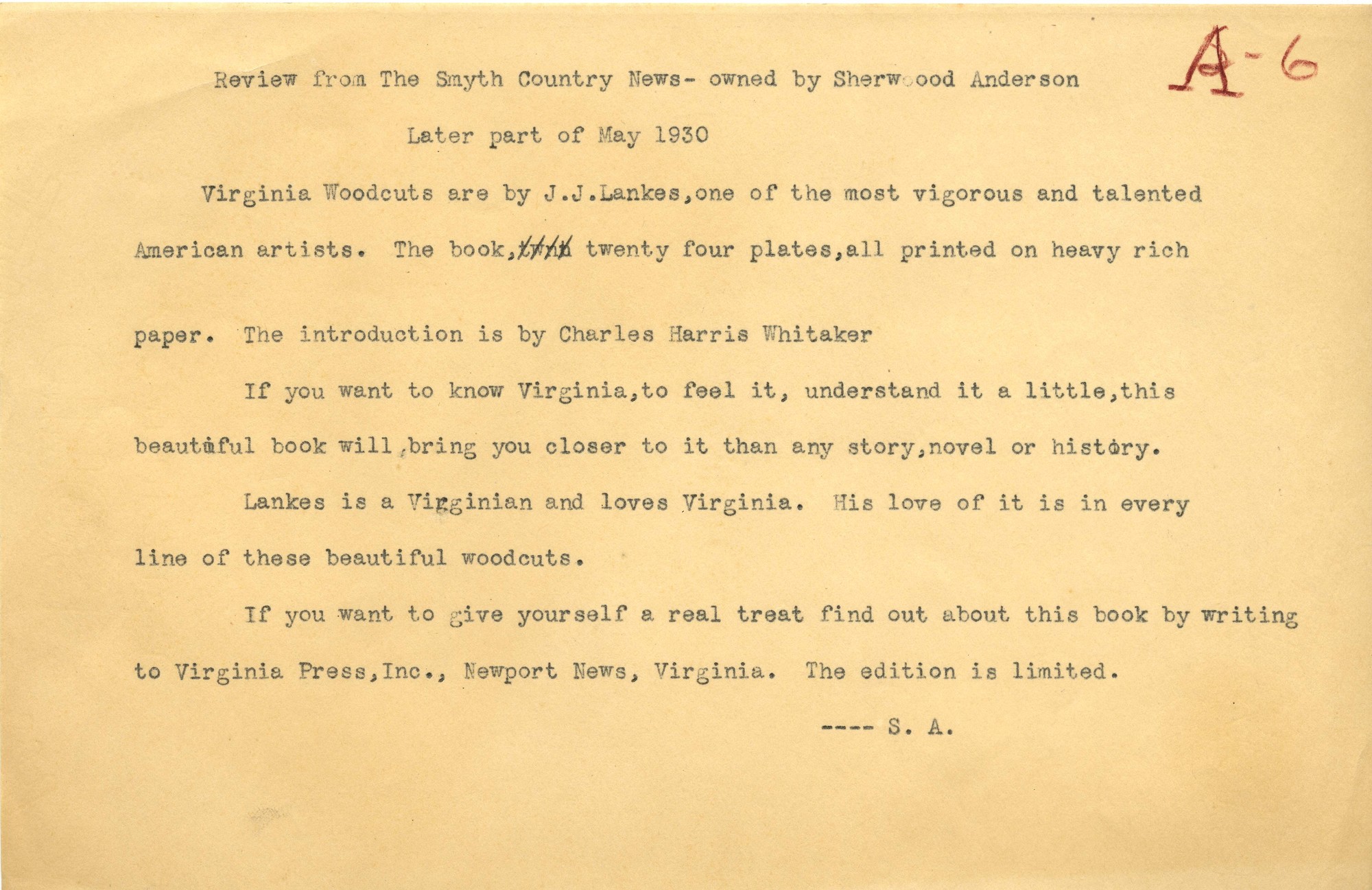 In late May of 1930, Sherwood Anderson wrote a review of J. J. Lankes' Virginia Woodcuts for the Smyth County News. The Welford Taylor Collection on Sherwood Anderson (Ms2015-020) includes a type draft of the review. 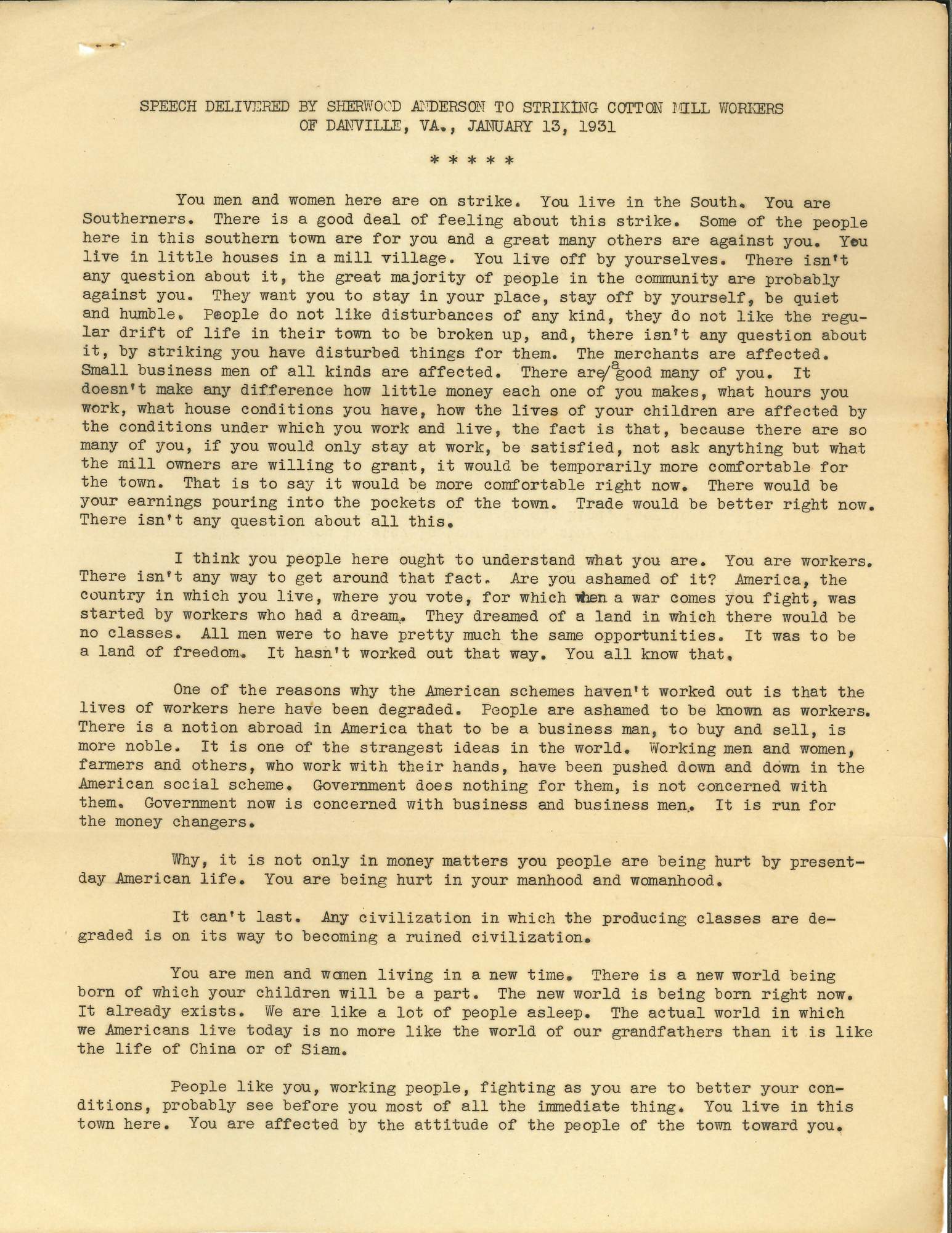 In January 1931, Sherwood Anderson gave a speech to striking cotton mill workers in Danville, Virginia. Anderson touches on themes relating to labor and the working class that appear in letters to friends throughout our collections, as well as themes that would appear in his Perhaps Women, published later in the same year, Puzzled America (1935) and Home Town (1940). 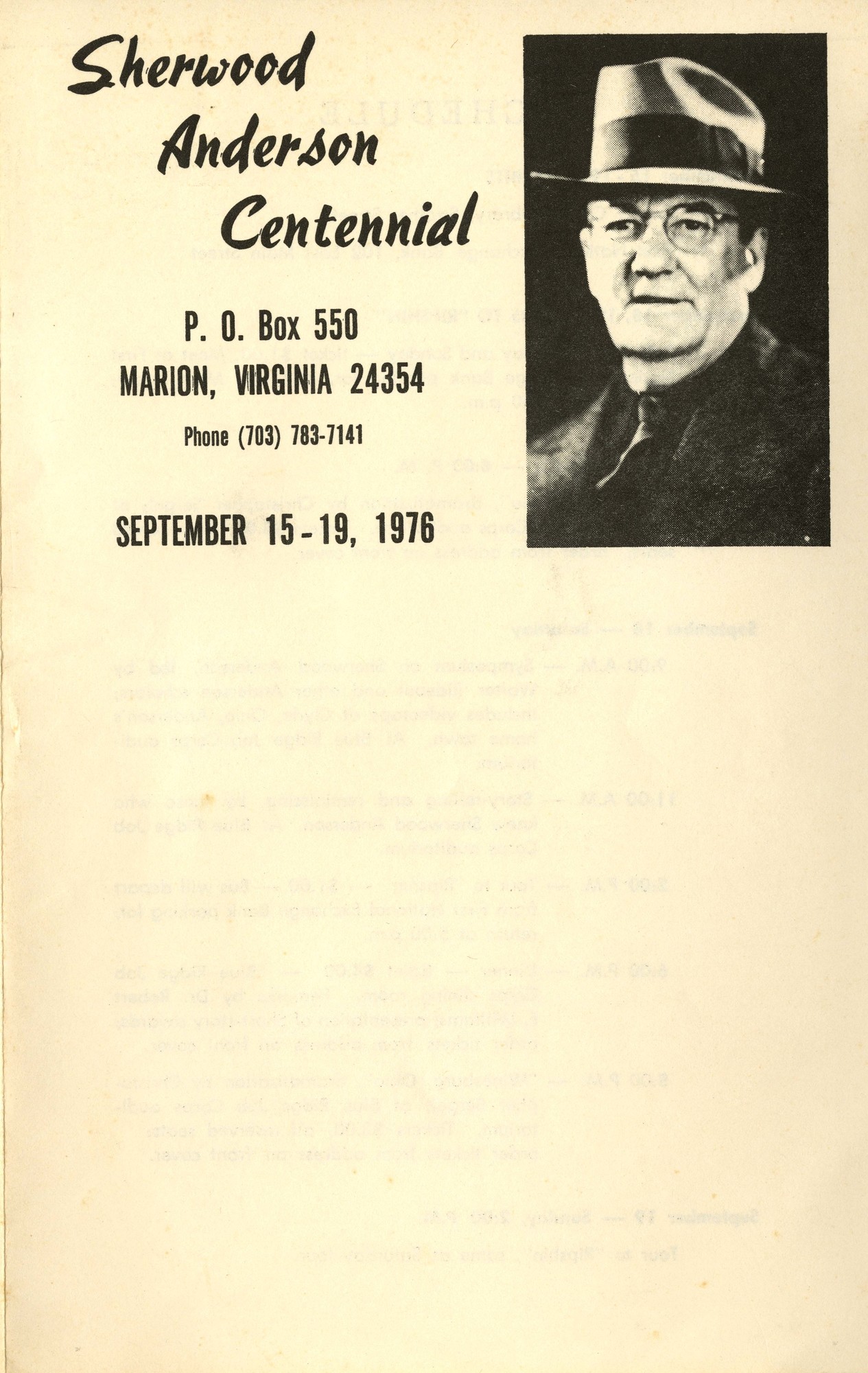 In 1976, Marion, Virginia (as well as several other locations), hosted a Sherwood Anderson Centennial over the course of four days. This program of events included descriptions and a map of locations.