The Most Powerful Weapon: Education and the Women Who Teach

In his speech for the Nobel Peace Prize, Nelson Mandela said, "Education is the most powerful weapon which you can use to change the world."

In this gallery, we highlight some of the many women in education who make a difference by teaching or working in administration. For example, Oceana S. Pollock served as principal and teacher at the Montgomery Female College in Christiansburg, Va., for nearly 30 years, moulding young girls into intelligent women. Shelli Fowler, an English professor at Virginia Tech, not only earned the admiration from her collegues in 2013 with the Edward S. Diggs Teaching Scholars Award, she fought for equality for the LGBTQ community at the university when her proposed hire was refused by the Board of Visitors in 2003.

Many of the women featured here also broke the glass ceiling by achieving positions not accorded women in their fields or places of work. For example, Ella Agnew was the first home demonstration agent in the nation, teaching people around the state how to improve various qualities of their home and farm life. Mary Moore Davis was one of the first women on the faculty at Virginia Tech, establishing the courses and degree program for the home economics department in 1921. Johnnie Miles was one of the first black women to join the university's faculty in 1974 and remained at the university for over two decades in the College (later School) of Education. 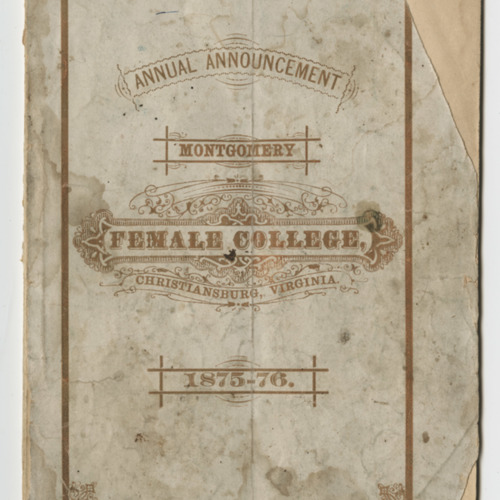 Founded in 1852, the Montgomery Female College in Christiansburg, Virginia, served as a companion to the Montgomery Male Academy. Mrs. Oceana S. Pollock purchased the college in 1876, remaining as principal until 1903. This book announces the 18th school session starting in October 1876 under Mrs. Pollock and serves as a catalog of classes, extracurriculars, calendar, and other information for the school. 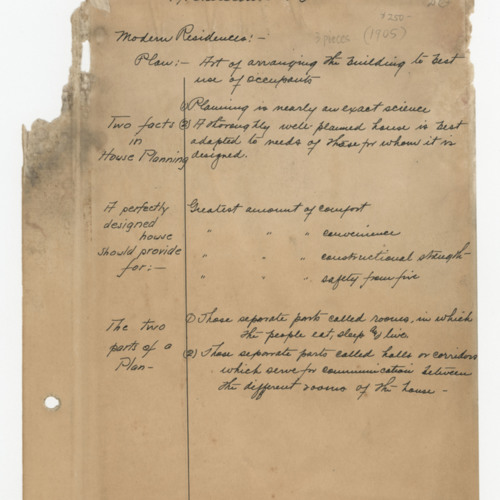 This selection from the notebook of Florence Kenyon Hayden shows her notes for a class on architecture that Hayden taught while an instructor at Ohio State University (OSU). She was the first woman to study architecture at OSU, graduating in 1903. Hayden designed Oxley Hall, a women's dormitory at OSU (1907-1908), and contributed to the seating plan design for Madison Square Garden in NYC. 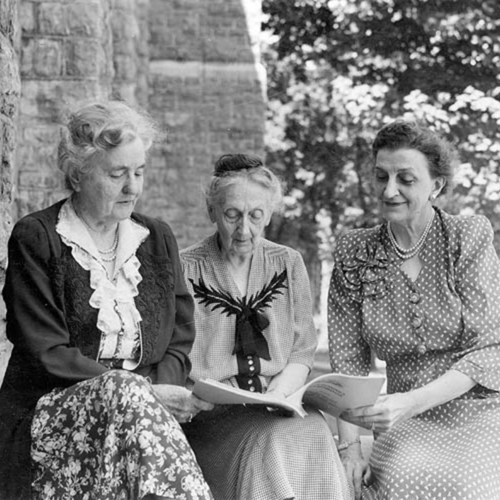 Mary Moore Davis (center) was among the first female faculty members at Virginia Tech, establishing the home economics department by the 1921-1922 session, when women students were first admitted full-time. Ella Agnew (left) and Maude Wallace (right) were home demonstration agents for the Virginia Cooperative Extension. Agnew was the first female home demonstration agent in the nation in 1910, the first woman to recieve the university's Certificate of Merit in 1926, and the first woman to have a building on campus named after her in 1949. 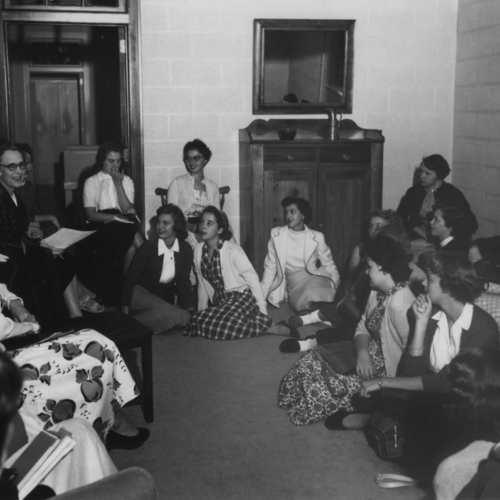 Dr. Mildred Tate (far left, face forward) served as Virginia Tech's first Dean of Women from 1937 to 1947. She was instrumental in the building of the first dormitory for women in 1940, Hillcrest Hall, also known as the "Skirt Barn." 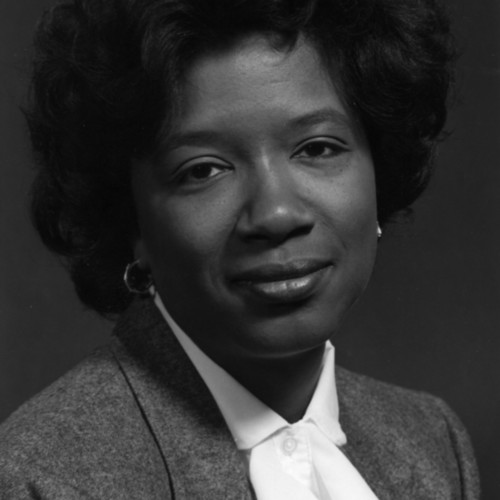 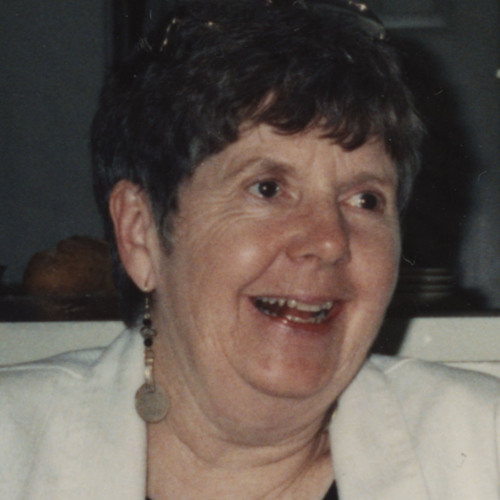 JoAnn Underwood worked as a registered nurse at Virginia Tech’s Student Health Services and was appointed the university’s first health educator in January 1979. She wrote a column for the Collegiate Times on health issues and was known as the “Condom Queen of Virginia Tech” because of her diligence in working to prevent sexually transmitted disease. She was the first advisor to Lambda Horizons, a gay student group, and in 2014 received what-is-now-called the Underwood Ally of the Year Award at the sixth annual Lavendar Ceremony for graduating LGBTQ+ students. In this oral history, Underwood discusses her work as an advocate of women's health, safe-sex practices, and acceptance of sexual minorities. 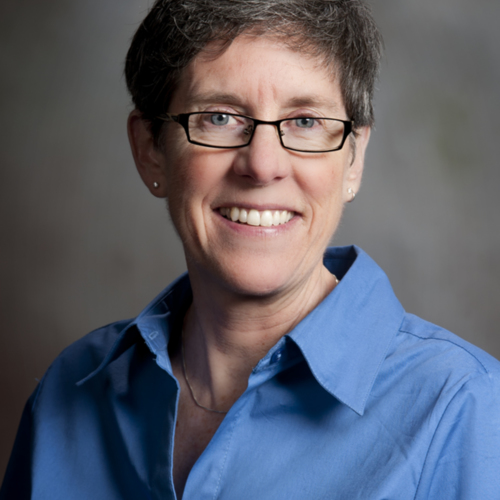 Shelli Fowler was a member of the Virginia Tech faculty from 2003 to summer 2015, serving as an associate professor of English and senior director for Networked Pedagogies and Professional Development in Technology-enhanced Learning and Online Strategies. She was honored with an Edward S. Diggs Teaching Scholars Award in 2013. In her oral history, Fowler discusses her academic career as an out lesbian, the Virginia Tech Board of Visitors' refusal to approve her spousal hire, and coming together with members of the Virginia Tech community to fight for equality and policy change.