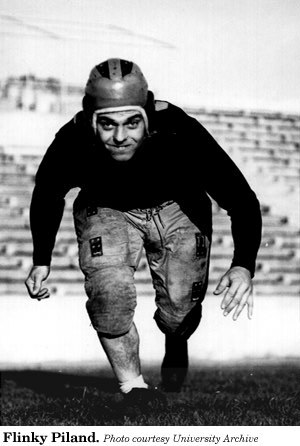 In 1896, the third Thanksgiving Day match was held in Roanoke. It was a "rub" game since the teams had split the two previous matches. Nearly the entire population of the college (now known as V.P.I.), including the faculty and staff, turned out for the event (only six cadets were left behind as a guard detail). Practically the entire V.M.I. Corps of Cadets, along with its faculty and staff, travelled to Roanoke by special train. Many Washington and Lee University students also went to witness the game. V.P.I. had already played seven games and won four, losing to the Univserity of Tennesee and the University of Virginia, and tying the University of North Carolina 0 to 0 in a hard-fought contest.

V.M.I. had played three games, winning one. The V.P.I.-V.M.I. game drew the largest attendance at a sports event in the history of Roanoke, more than two thousand spectators. The battle ended with a score of V.P.I. 24-V.M.I. 0. The V.P.I. cadets catapulted onto the playing field in a bedlam of frenzied cheering. 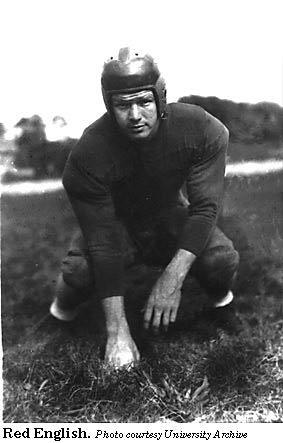 By 1896, the annual V.P.I.-V..M.I. football game had firmly established itself as the outstanding military gridiron event of the South, and a tradition had been created. The spirited series continued annually until V.P.I. grew into a large and predominantly civilian university after World War II. Its football program had grown into a league standing which far outstripped that of its small, old, and highly honored traditional rival, Virginia Military Institute. The rivarly suffered an agonizing death, as it persisted valiantly for a number of years. Sadly, the last Thanksgiving Day game in Roanoke took place in 1969. The long and glorious series finally was abandoned after a one-sided contest in Norfolk in 1984.

The slow demise of that grand tradition was felt keenly by the old V.P.I. alumni. For more than three-quarters of a century the splendid tradition had held a vivid and dominant place. The loss was a grievous one to those who had known and loved the unique, unhurried, and gracious ways of pre-war days at V.P.I. Since then, the world and Virginia Polytechnic Institute and State University have changed profoundly, as is to be expected. C'est la vie.